Reign of Terror Ends for Residents After Anti-Asian Assault Arrest 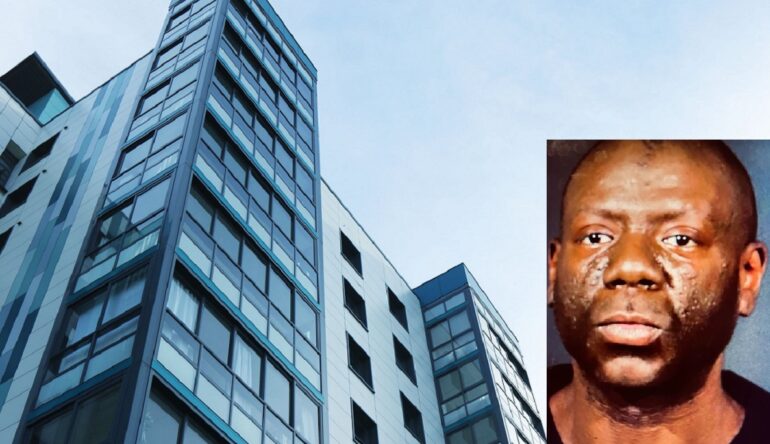 EAST HARLEM, New York—A man who allegedly terrorized his neighbors with violent racist rants and threats for more than a year was finally arrested.

Things got so bad at 158th East 126th Street, residents called the 8th floor the “floor of terror,” according to the New York Post.

47-year-old Marlon Carr was arrested Friday morning after barricading himself inside his apartment after he assaulted his 39-year-old Asian neighbor because he was Asian, according to authorities.

“He was so angry at people because they make huge noise when they closed the door,” one of his victims told The Post.

Carr allegedly accosted a 22-year-old Chinese woman with vile and racist comments and actually charged at her outside her apartment on February 21.

“He started to yell really racist things—‘Wuhan b**ch, suck my d**ck. It was offensive. I’m Chinese, [there are] a lot of people in the building who are Chinese,” the victim stated. “I emailed the building manager and I told the front desk about this. They were trying to figure out what to do. They can’t do anything because of the law. But now that he physically attacked someone, they arrested him.”

According to The Post, the assault victim on Friday—who lives on the 5th floor—was entering the elevator when he heard a large bang, he saw Carr and asked if everything was okay.

The building manager attempted to intervene and called the police, but not before Carr punched him in the chest. By the time police arrived, Carr had barricaded himself in his apartment for about 20 minutes.

Residents who initially stayed silent came forward once police arrested the 47-year-old African-American. One building manager told authorities Carr called him a racial slur on January 17, while stepping on his foot so he couldn’t move.

A 22-year-old woman said Carr has always been hostile toward his neighbors but became especially vitriolic when the neighbors called the police on him.

According to The Post, Carr also harassed his gay 31-year-old Asian neighbor multiple times with slurs and threats.

“They called it the ‘floor of terror,’ that’s how scared these people were,” said one official. “These people were afraid to come out of their own home.”