Restaurant Worker Punched in the Face by Take-Out Thief 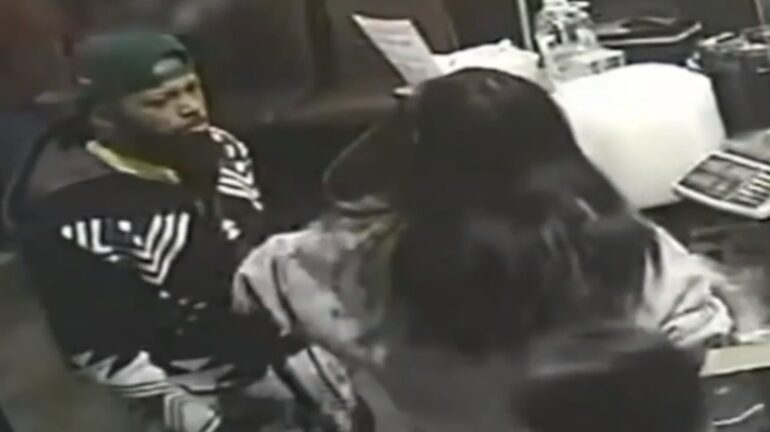 BRONX, New York—A Bronx restaurant employee is recovering after being punched in the face when she tried to stop a robbery.

The attack happened around 9 p.m. on Monday, February 28, at the Hibachi Grill and Supreme Buffet in Concourse Village, reports ABC7.

Police say the African-American suspect is seen in a surveillance video walking out with $70 worth of food without paying for it.

He allegedly threw food at employees when they tried to stop him and even slammed a plate of food against the female victim’s face, according to ABC7.

The suspect then returns to the restaurant about 10 minutes later and punches 21-year-old employee Kiara Batres in the face.

“I said sir, you can’t be back here, he just swung and punched me in the jaw,” Batres told ABC7.

“It makes me very nervous to come out today and think of having to come back,” she said. “It was a lot of shock, I didn’t know if I was scared or to get angry.”

Woman Pepper Sprays 4 Asian Women in NYC for Being Asian

Batres suffers from scoliosis and fell to the ground and said that one moment changed her.

“I don’t think I’m coming back to work, in this area, this happens often where customers are aggressive and demanding,” she told ABC7.

Police are asking for the public’s help in tracking down the suspect.

Call the NYPD’s Crime Stoppers Hotline at 1-800-577-TIPS (8477) or for Spanish, 1-888-57-PISTA (74782). You can also submit tips by visiting the CrimeStoppers website at crimestoppers.nypdonline.org or by messaging on Twitter @NYPDTips.