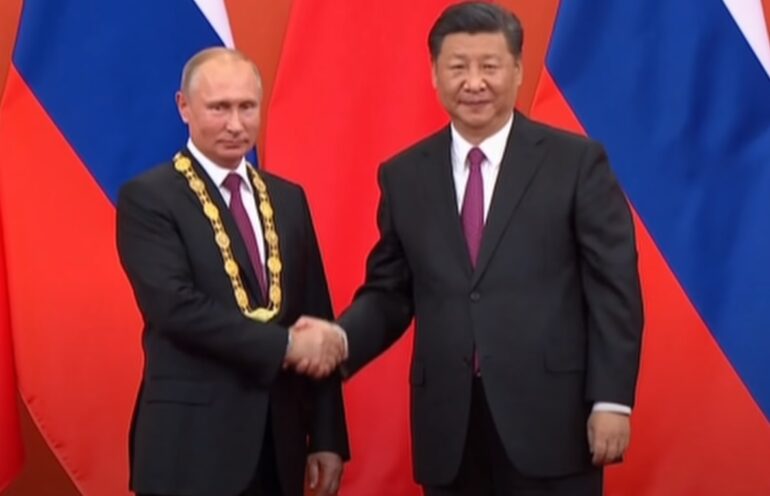 MOSCOW/BEIJING—China has relaxed restrictions on Russian wheat imports, a move that will address food security concerns in China and also help ease the impact of Western sanctions on Russia.

The decision to allow imports of wheat from all regions of Russia was actually made during Russian President Vladimir Putin’s visit to Beijing earlier this month, but details of that arrangement were announced by China’s customs administration this week, reports NBC5.

Russia is the world’s top producer of wheat and the agreement between both countries will ease compounding Western sanctions on Moscow.

China’s President Xi Jinping and Russia’s Vladimir Putin have met more than 40 times since 2013 and Xi has openly called Putin his “best friend,” according to Aljazeera.

Russia and China have also increased energy export deals, including the Yamal LNG plant in the Arctic Circle and the Power of Siberia pipeline, a $55 billion gas project between the two superpowers, the largest in Russian history.

Analysts also project the bulk of Western sanctions will be offset by China. Russian commodities and raw materials will be “redirected to China” in the coming years as Putin predicted repercussions for the invasion of Ukraine.

“In our view, until the uncertainty around the rapidly escalating situation is resolved, commodity price risk remains skewed to the upside, with further escalation likely to send European natural gas, wheat, corn, and oil prices higher from already-elevated levels,” stated analysts from Goldman Sachs.

China and Russia are also developing the next generation of high-tech weapons together. Weapons specifically designed for a future Taiwan campaign.

“We cooperate [with China] in the security area,” Putin stated in December 2021 during his annual news conference. “China’s armed forces are equipped with the most advanced weapons systems to a large extent.”

“We are even developing together certain high-tech types of weapons,” the president went on to say. “We are working in space, aircraft areas. On planes and helicopters.”

The Russia-China military-technical cooperation initiative also includes the purchase of military equipment, technology transfer, exchange of visits by high-level defense officials of the two countries, and training of Chinese defense personnel in Russia.

According to Business Insider, China is also expanding its nuclear arsenal. It hopes to have 700 deliverable nuclear warheads by 2027. The Pentagon estimates China has a current nuclear arsenal in the “200s” while some say it’s more like “350.” By comparison, the U.S. has 5,550 nukes and Russia has 6,255 nukes.