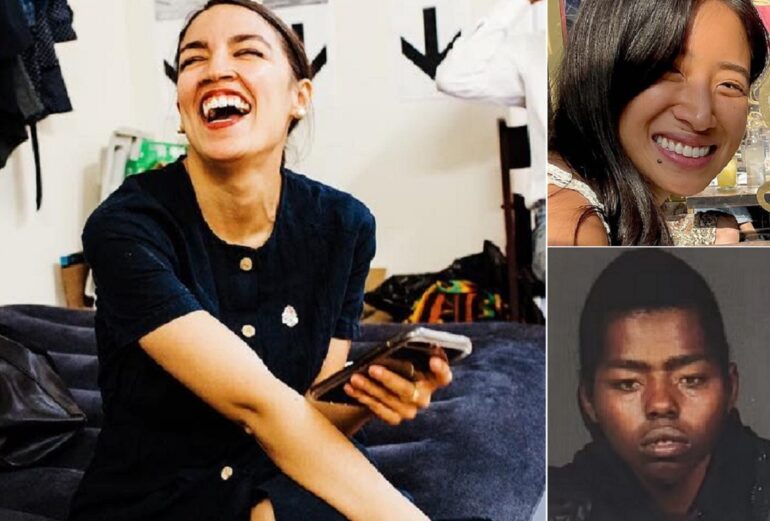 NEW YORK CITY—Alexandria Ocasio-Cortez told the New Yorker in a story published Monday, February 14, that the government was “contributing” to the surge in crime by allowing the child tax credit to expire.

“We don’t want to say some of the things that are obvious, like, gee, the child-tax credit just ran out, on December 31, and now people are stealing baby formula,” AOC stated.

“We don’t want to have that discussion. We want to say these people are criminals or we want to talk about ‘people who are violent,’ instead of ‘environments of violence,’ and what we’re doing to either contribute to that or dismantle that.”

Brian Chin, the former landlord of Christina Yuna Lee, the Korean-American woman who was stabbed 40 times in an attempted sexual assault by an African-American man in NYC, replied to AOC’s statement “That is an unbelievably naïve statement and completely irresponsible on behalf of her, but it also shows the amount of distance that our elected officials have from the community themselves.”

“All of the crimes he committed, including the assault in the subway station, were just steps away from the building. This man was a menace to the community. He was an outright danger,” Chin continued to state about 25-year-old Assamad Nash—Yuna Lee’s murderer.

“But the police did their jobs excellently. They kept arresting him repeatedly. It was the politicians lax on crime policies that kept putting him on the street because the judges have to follow the rule of law, which the politicians have set in the city,” Chin told FOX News.

Christina Yuna Lee was savagely stabbed to death and died painfully inside her own apartment around 4:30 a.m. Sunday, February 13, 2022. She was stabbed 40 times and was found half-naked.

Security footage showed the suspect, now identified as 25-year-old Assamad Nash, following Lee as she got out of a cab and entered her Chrystie Street apartment building. Nash followed Lee up six flights of stairs and into her apartment.

Nash has been arrested at least a dozen times in New York and New Jersey dating back to 2012 and was free at the time on supervised release on a January 6, 2022 arrest for criminal mischief. He was living at the Bowery Mission homeless shelter at the time of Sunday’s murder.

Chin has already been ignored by most Asian-American media outlets because his views do not fall in line with the wide belief that criminals are not responsible for their actions, especially African-American criminals. It’s either the fault of “white supremacy” or “mental health.”

It’s also worth pointing out, if the perpetrator was Caucasian, mental health would never be allowed to be used as an excuse. White supremacy will always be the reason.