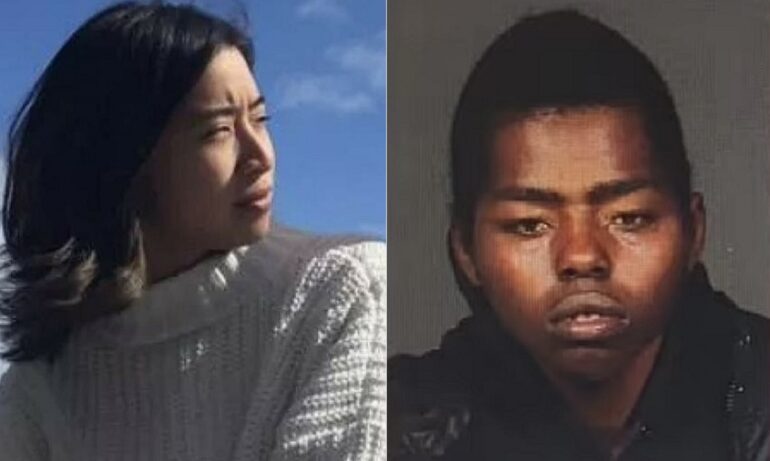 Christina Yuna Lee—who was Korean-American—was savagely stabbed to death and died painfully inside her own apartment around 4:30 a.m. Sunday, February 13, 2022.

Security footage showed the suspect, now identified as 25-year-old Assamad Nash, following Lee as she got out of a cab and entered her Chrystie Street apartment building. Nash followed Lee up six flights of stairs and into her apartment, reports ABC7.

Lee didn’t even notice Nash behind her as he silently stalked her.

Minutes later, a neighbor across the hallway called 911 around 4:30 a.m. after hearing screams.

Police found Lee in her bathtub “bleeding from multiple wounds of the body,” said an NYPD spokesman. The murder weapon was also found in the apartment.

Nash initially barricaded himself in Lee’s apartment, however, he was later caught trying to escape down the fire escape.

“When I heard that he tried to flee via the fire escape, my heart dropped, because in order to get down there, you have to pass my window,” said a woman who lives on the second floor.

Landlord Brian Chin is trying to come to terms with Lee’s murder.

“She did nothing wrong — she entered, and he followed her,” said Chin, “I’m angry, I’m devastated for this woman and her family, devastated, heartbroken for everyone in the building.”

35-year-old Lee was a freelance digital advertising creator from New Jersey who recently moved to Manhattan’s Chinatown. She spearheaded campaigns for brands including Equinox and Google.

Assamad Nash is a homeless serial criminal. According to ABC7, he’s been arrested at least seven times since 2015. Nash’s most recent arrest was on January 6, 2022.