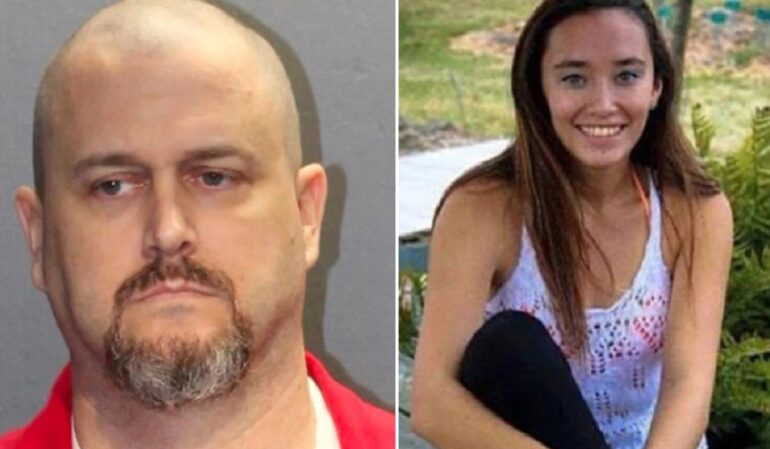 NORFOLK, Virginia—Wesley Hadsell was convicted on Tuesday, February 8, of murdering his 18-year-old stepdaughter, who died of heroin poisoning nearly seven years ago. It only took the jury 45 minutes to deliberate.

Wesley Hadsell faces life in prison for killing Anjelica “AJ” Hadsell, who disappeared while home from college for spring break back in March 2015.

AJ was a student at Longwood University. She was missing for five weeks before police found her body partially buried in a drainage ditch behind an abandoned home in Southhampton County, reports the New York Post.

An autopsy later determined the teen died of heroin poisoning and “homicidal violence,” according to the medical examiner.

Wesley Hadsell was charged in the case back in 2018 after police uncovered evidence linking him to the crime.

Detectives found the GPS inside Wesley’s work van showed he drove to the address where AJ’s body was found two days after she went missing, according to The Post.

Authorities also found duct tape, a shovel, a hairband, and a photo of AJ inside the van. Her body was also found with bruises to her chin and across her chest.

AJ did not have a history of drug use. A toxicology report showed her body had three times the lethal amount of heroin in her system. Prosecutors theorized AJ’s injuries resulted from Wesley forcing her to take heroin.

Wesley was actually kicked out from his Norfolk home by his wife, just days before AJ’s disappearance because of his drug use and unusual behavior, according to prosecutors.

Korean Employee Attacked For Asking Customer to Wear a Mask

Wesley’s drug dealer later testified in court that he sold him heroin a day before AJ went missing. Police also found heroin in the hotel room Wesley was staying at.

Wesley’s defense team argued AJ was depressed over her boyfriend and committed suicide.

Wesley is due to be sentenced on April 4.