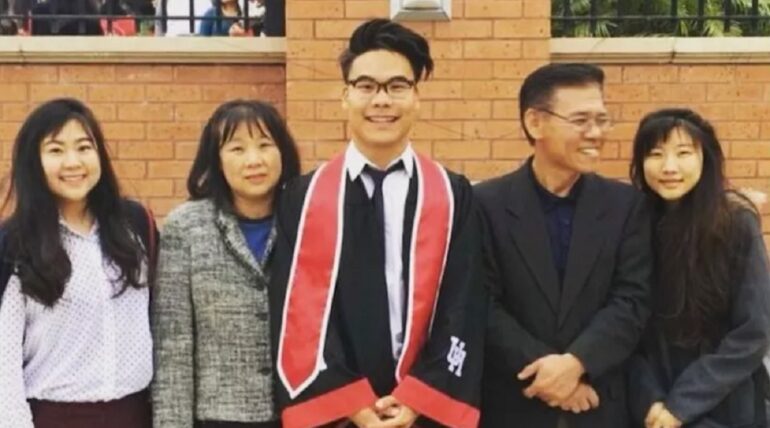 There is currently a GoFundMe campaign for John An, a man shot multiple times while trying to protect his family and business from a disgruntled customer and his friends. These are the words of his sister, Grace An, taken directly from their GoFundMe page.

“Our father owns a small auto repair shop, where John and 3 other employees/helpers work and our mom occasionally helps out. In early September 2021, our dad’s shop fixed one customer’s car through an approved insurance claim, but this customer failed/refused to sign the insurance checks to release payment or otherwise pay for the repairs completed on his car for at least 3 weeks. John informed this customer that the shop would put a mechanic’s lien on his vehicle for his failure to pay for repairs, which seemed to upset this customer. On October 27, 2021, this customer and 4 other men came to our father’s place of work, some armed with guns. This customer was yelling harsh profanity at our dad and John. John asked this customer and his 4 men to leave the property multiple times, but they refused.

John left the scene to ask for help from an off-duty Texas State trooper who was sitting in the auto shop’s waiting room. Our father tried to retrieve the keys of the repaired car when the customer forcefully grabbed our father, threw him to the ground, and knocked him unconscious temporarily. Our mother, who was right next to him, screamed, thinking our father was seriously injured or dead. John heard our mother screaming and ran outside to see our father lying unresponsive on the ground. Believing our father was seriously injured or dead and that this customer and his 4 men would seriously injure, shoot, or kill our mother, the shop’s employees, and possibly him, John shot his gun once in self-defense and in defense of our parents and the employees present at the scene. John’s shot hit the ground.

The customer and his accomplices fired their guns at John. They shot him in the abdomen and left arm from less than 5 feet away. They continued shooting at John’s head and back while he was running away from them. They also shot at our parents and our shop’s employees, who were completely unarmed and defenseless. In total, these men fired about 20 gunshots and fled the scene.

Although the police initially caught the men, they were released without any charges and instead, my brother was charged with aggravated assault with a deadly weapon. John ended up going to jail, and his left arm got infected while in jail. The infection was so bad that his arm was almost amputated. John suffered excruciating pain, especially while we changed his bandages and redressed his wounds at least twice a day, and he was unable to move on his own for many days. John is still in the process of

John suffered excruciating pain, especially while we changed his bandages and redressed his wounds at least twice a day, and he was unable to move on his own for many days. John is still in the process of recovering from his gunshot wounds and continues to visit the hospital. On top of everything, he is also facing serious criminal charges.

Since the shooting, our family has been deeply suffering in silence; however, the pain and financial burden is becoming too overwhelming for us to bear alone. Please help our little brother. John was just trying to protect our family, our employees, and the family’s business. We are devastated that he is now being charged with a crime after surviving a horrific shooting. We ask for your prayers not only that justice be brought but also for physical, emotional, and spiritual healing. We would also greatly appreciate any financial support you can offer in our time of need, to help pay for John’s medical bills and his legal defense fees. We thank you truly from the bottom of our hearts and hope our story resonates with you.”