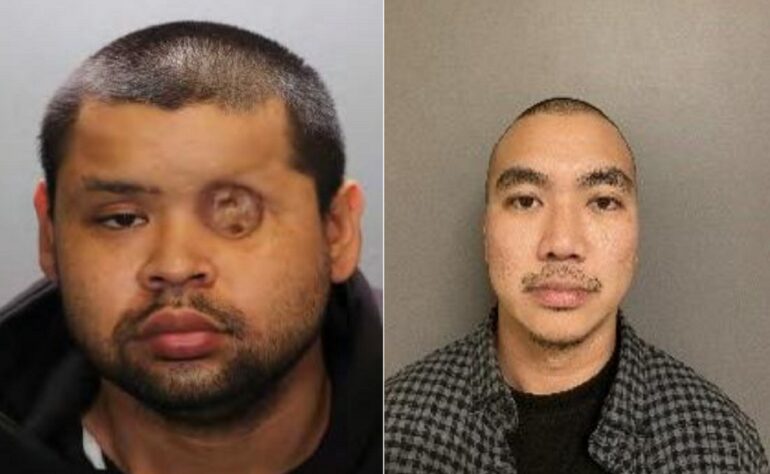 The suspects entered the restaurant through the rear door, armed with loaded pistols, and demanded all employees gather in the bathroom. One suspect guarded the employees, demanding their wallets and smartphones, while the second suspect checked for money in the safe and cash register.

However, the second suspect discovered the safe and cash register were empty. Both suspects then fled the scene with just the personal property of the employees, according to Newsbreak.

Suspect #1 is now identified as 25-year-old Alanmichael Babauta of Westminster (the one missing one eye). He was arrested on January 20, 2022, while driving a stolen vehicle.

Suspect #2 is now identified as 28-year-old Allan Hoang of Monterey Park. He was arrested on January 27, 2022.

According to Newsbreak, at the time of Hoang’s arrest in Monterey Park, police found a silver handgun, similar to the one used during the robbery, in Hoang’s possession. In addition, he was also in possession of property belonging to the victims.

Turns out, Hoang was actually an employee of the robbery location back in 2017.

Babauta and Hoang were arrested for robbery, kidnapping, burglary, false imprisonment, and conspiracy. They are suspected of committing similar crimes throughout Orange County.

If you have any information related to this investigation, please contact Detective Nate Ridlon at 949-724-7494 or email: [email protected]