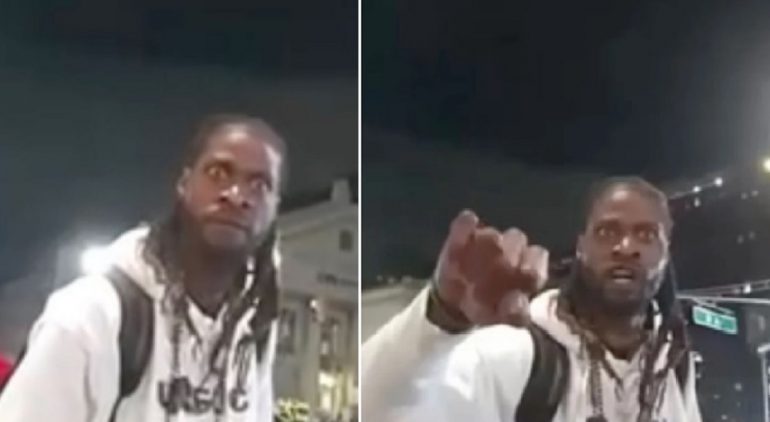 NEW YORK CITY—A man was caught on police bodycam video racially insulting an Asian-American NYPD detective during a protest in Manhattan, according to the New York Post.

A 16-year veteran of the force was assigned to march near the Stonewall Inn on March 11 when a protestor approached him and began spewing anti-Asian slurs.

“Suck a dog’s d—k, p—-y. Then cook it and eat it in front of your mother,” the man tells the cop, according to footage of the shocking incident obtained by the New York Post.

The African-American male then goes on to tell the officer to have “a goddamn tea party,” before repeating the word “soy sauce” in a mocking accent. The vile individual ends his racist rant by asking the officer if he was going to put it on the “lunch special.”

New York Post sources said racist verbal attacks on minority cops such as this one have “soared” since last summer when the city was rocked by protests against racism and police brutality.

The officer targeted in this incident contemplated filing a complaint but reconsidered, believing the harassment may not have risen to the level of a hate crime, according to the sources.

It comes amid a surge in attacks against people of Asian descent in the Big Apple and across the country.

Mayor Bill de Blasio last week said cops should “confront” people accused of “hurtful” behavior — even if the behavior doesn’t rise to the level of a crime.