Paratrooper Shot and Killed By His Wife 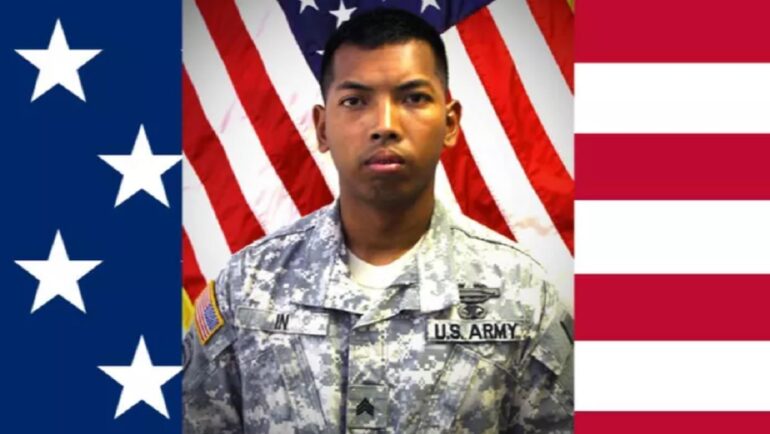 CLARKSVILLE, Tennessee—Theary Lim, 32, is being charged with murder after police officers discovered the body of her husband while performing a welfare check at the couple’s home on Monday, January 4.

The Clarksville Police Department was called for a welfare check at the couple’s home, in the 2200 block of Ladd Drive, reports Leaf Chronicle.

Officers found 32-year-old Theary Lim lying unresponsive and uninjured in the living room while her husband, 38-year-old Sothon In, was found dead on the floor in the bedroom. He suffered an apparent gunshot wound to the head.

According to his GoFundMe page, which can be accessed by clicking HERE, Sothon In was in the 82nd Airborne and served in Iraq post 9/11.

Investigators initially believed In may have shot himself.

However, during a subsequent investigation, police found evidence that was inconsistent with a self-inflicted gunshot wound, according to Leaf Chronicle.

Lim was actually seen on camera about nine hours before the police were called to the scene, walking around the living room carrying a handgun and a knife.

She then walked out of view, into the area of the bedroom where her husband was later found, for several minutes before she re-entered the living room, still carrying the pistol in a locked back position, reports Leaf Chronicle.

Officers who responded to the welfare check later found the gun under a dresser in the bedroom.

Lim did not contact the police at any time. She was later released from the hospital and booked into the Montgomery County Jail on a homicide charge.

Her court date is scheduled for January 11.