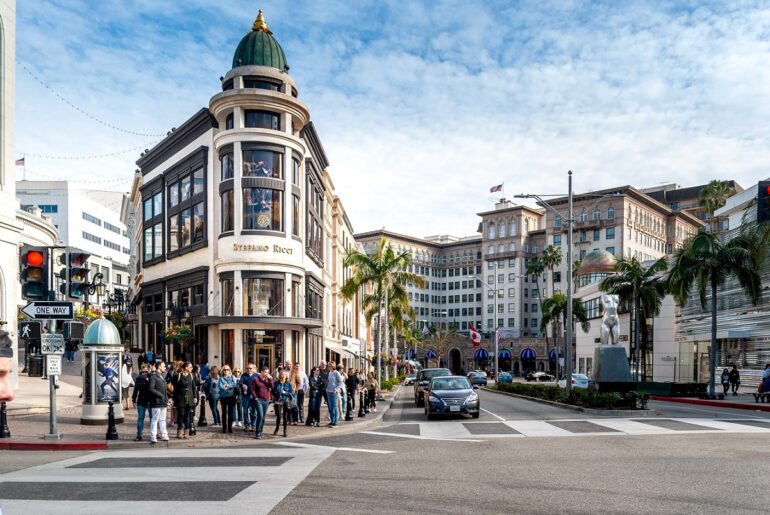 BEVERLY HILLS, California—Located inside an office building where you have to have an appointment, Beverly Hills Guns is experiencing astronomical sales due to a rise in violence and robberies in the city, reports ABC7.

“There are a lot of people here who do not fall into the rich category. Firearms and public safety is not a rich issue. We’ve seen an uptick in watch robberies, car thefts, follow-home invasions because of the climate of crime in Beverly Hills and throughout the Greater Los Angeles area. People have been driven to focus more on their own personal safety,” Beverly Hills Guns owner Russell Stuart said.

According to the State of California Department of Justice, nearly 1.17 million new firearms were registered in 2020. Handgun sales have increased 65.5% from the previous year, long-run purchases have jumped 45.9%.

Increased attacks by the African-American community have forced Asian-Americans to arm themselves. According to the National Shooting Sports Foundation (NSSF), Asian-Americans bought 42% more firearms and ammunition in the first six months of 2020 than they did the year earlier.

“My girlfriend was the most anti-gun person you could ever meet. But her car got broken into 3x in eight months in San Francisco. Her house got broken into last month. She was followed home twice, she had to circle the block and call the police. Now she owns three handguns and two shotguns; all purchased in the last five months,” Steve Wang stated.

Jimmy Gong, owner of Jimmy’s Sport Shop in Mineola, New York stated to Forbes, “There are more Asians being introduced to firearms. Before, there was never gun culture in the Asian community. But after the pandemic and all the hate crime going on, there are more Asians buying guns to defend themselves.”

Beverly Hills resident Samantha Park Becker said, “My neighbor was followed home and robbed during a Christmas party along with all his guests. I don’t feel safe anymore. I have never seen so much crime in this city for the nine years I’ve lived here. I grew up in Irvine and it was a big deal if we saw a single bum walking the streets back then. I recently purchased a Glock 19 and took shooting lessons; an unfortunate reality.”