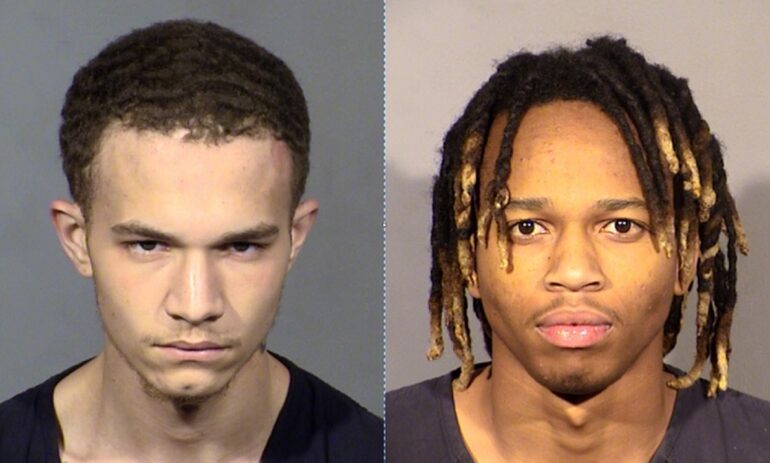 On December 31, 2021, around 1:30 p.m., police received a call of a shooting inside the parking garage of Fashion Show Mall. Officers found a woman suffering from a gunshot wound; she was pronounced dead at the scene, according to FOX5 KVVU-TV.

Around 6:14 p.m., police received a call of an employee shot in a parking garage of Palace Station. He was transported to the hospital and was later pronounced dead.

The Fashion Show Mall shooting victim was later identified as 66-year-old Clarice Yamaguchi from Waipahu, Hawaii. Yamaguchi died from a gunshot wound to the neck and her death was ruled a homicide, reports FOX5.

The Palace Station victim’s identity has not been released to the public yet.

LVMPD Homicide detectives determined the incidents were related. They identified the suspects as 20-year-old Jesani Carter and 20-year-old Jordan Ruby, according to FOX5.

After an initial investigation, detectives believe Carter and Ruby entered the parking garages with the intent to commit robberies, during which they fired shots at victims, striking and killing them. Both suspects may be connected to other robberies.

Carter and Ruby have been booked into the Clark County Detention Center on charges for open murder, reports FOX5.

Anyone with any information about these or other incidents is urged to contact the LVMPD Homicide Section by phone at 702-828-3521, or by email at [email protected] To remain anonymous, contact Crime Stoppers by phone at 702-385-5555, or on the internet at www.crimestoppersofnv.com.