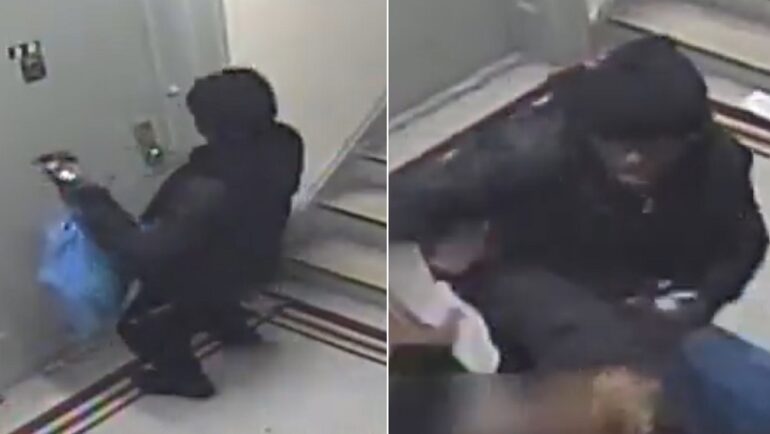 BRONX, New York—An African-American man was caught on video attacking a woman in a Bronx apartment building, slashing her repeatedly during an argument.

The neighborhood is predominantly Chinese and according to sources, the 48-year-old woman is Asian. The NYPD said the attack happened just after 9 p.m. on December 23 in the hallway of a residential building on East 180th Street, near Washington Avenue.

The 48-year-old woman got into a verbal dispute with the suspect about her roommate when he took out a box cutter and viciously attacked her.

Authorities released footage that initially showed the assailant kicking on an apartment door multiple times before repeatedly slashing the woman in the face, arms, stomach, and hands. The African-American suspect then fled the building.

The 48-year-old victim was taken to a local hospital for treatment of multiple lacerations, according to PIX11.