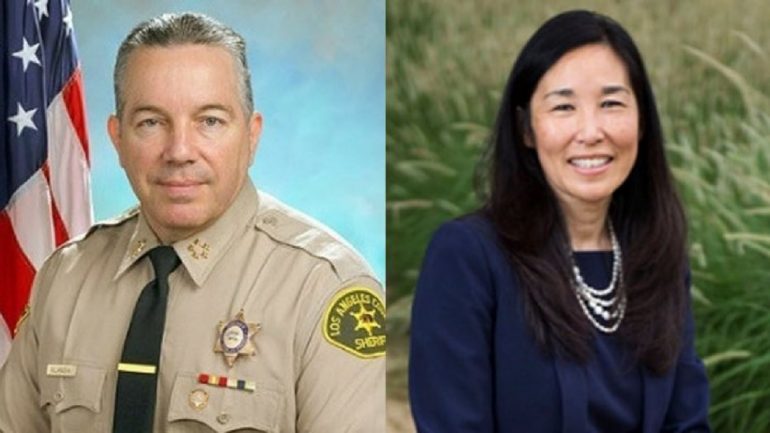 Los Angeles County has agreed to pay outgoing CEO Sachi Hamai $1.5 million and provide her with private security following claims she made about L.A. County Sheriff Alex Villanueva repeatedly harassing and intimidating her, according to Fox 11.

Fox 11 obtained a letter written by L.A. County Counsel Skip Miller that was sent to the Board of Supervisors on July 30.

“She was attacked repeatedly by the Sheriff for trying to bring fiscal discipline to LASD and rein in its multi-million-dollar budget deficit. She was maligned by the Sheriff for the Countywide hiring freeze. She’s been viciously attacked and threatened with bodily harm for doing her job and carrying out Board decisions. Ms. Hamai has become the Sheriff’s whipping post, causing her pain, suffering, and great emotional distress,” the letter states.

The letter continues to state: “She’s been the brunt of ethnic slurs (e.g., “She looks Straight Outta Wuhan.”

“She has been subjected to abuse and harassment, the likes of which I’ve never seen in my almost 50-year law career. It’s emanated from and being instigated by, the sheriff, and it’s been unrelenting and brutal,” Miller’s letter continued.

Los Angeles County agreed with Ms. Hamai’s terms, in exchange, she promises not to sue the county.

“From my perspective, it looks like a gift of public money,” Villanueva said about the payout. “I think this would be the first time in history that a recognized public official is claiming that a policy dispute is harassment.”

“What absolute nonsense. I’m doing my job on behalf of the public safety to advocate on behalf of the budget of the sheriff’s department. Every single thing I said publicly, I stand behind, every single sentence, and they know it,” Villanueva stated.

Miller released a statement via Fox 11. “Over the past several months, the sheriff has engaged in a campaign of intimidation and harassment against the county’s CEO. It was all totally unwarranted and highly inappropriate, culminating in the sheriff slandering the CEO on Facebook by falsely saying she committed a ‘felony’ and then by filing a false police report accusing her of criminal activity with the state AG.”