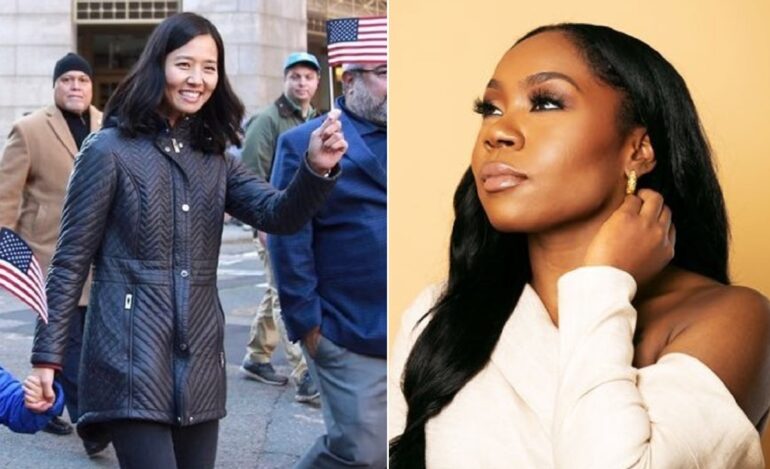 Pierre will start her new job on January 3rd. She previously worked for the Black Economic Council of Massachusetts and the Institute for Policy Studies, and even served as a columnist for the Dorchester Reporter, according to the Boston Globe.

Mayor Wu recently announced vaccine requirements for entry into indoor establishments, which set off a semi-hailstorm of racist comments on social media. From “She clearly works for China” to “Mayor Wuhan.” Wu told Boston Public Radio she receives dozens of hateful messages every time she opens her phone since taking office.

However, Mayor Wu will also have to deal with covert racism inside her own administration. It seems Jessicah Pierre has some very anti-Asian views dating back to 2011. For those who think that was a very long time ago, let’s be honest, if Pierre was Caucasian or Asian; those old tweets would definitely be used against her.

It’s time to be judged by the very same standards. The rules of engagement show any social media post from the last 15 years can get you fired. These posts would definitely get a Latino, Asian, and Caucasian fired.

Louisiana judge Michelle Odinet recently took a leave of absence after she was caught on video saying the N-word multiple times. Pierre tweeted “ch*nky,” which is just as much a derogatory word toward Asians as the N-word is towards African-Americans. However, she doesn’t feel the need to step down. Double-standards?