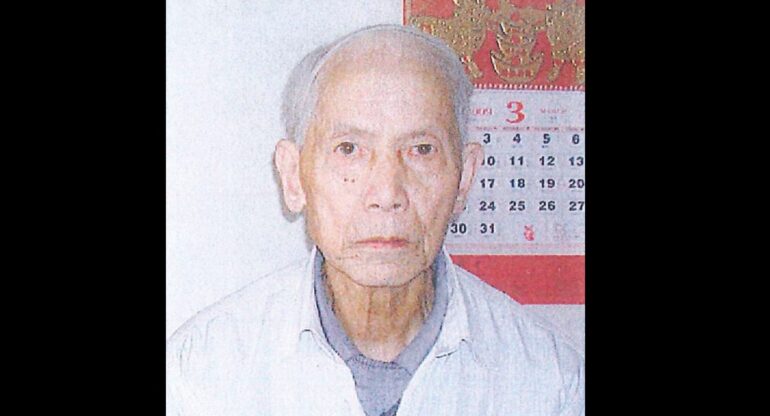 SAN FRANCISCO, California—Police are offering a $100,000 reward to help solve a cold case in Bayview that happened back in 2010.

83-year-old Huan Chen of San Francisco was savagely beaten by a group of male “teens” on January 24, 2010, while he was walking home on Oakdale Avenue near Third Street around 6 p.m.

Chen had just gotten off the Muni T-Third line.

According to the San Francisco Examiner, the group of six “teens” hit Chen in the back of the head, knocking him to the ground, where his head then struck the sidewalk. The teens immediately fled the scene, leaving Chen bleeding profusely and disoriented.

Chen was hospitalized, however, he succumbed to his injuries two months later, on March 19, 2010, after suffering tremendously.

The San Francisco Examiner wrote at the time, “The incident at the time raised fears there was tension between the Asian-American and African-American communities.”

An Asian woman was also attacked by a group of five “teens” in March of that year. She was viciously beaten, called racial slurs, and thrown onto the tracks. Fortunately, she survived and the teens were soon arrested.

The tension between the communities have existed for multiple decades in the United States, Europe, and Australia. Asians are specifically targeted in France by African migrants, for example, because they are “too successful.”