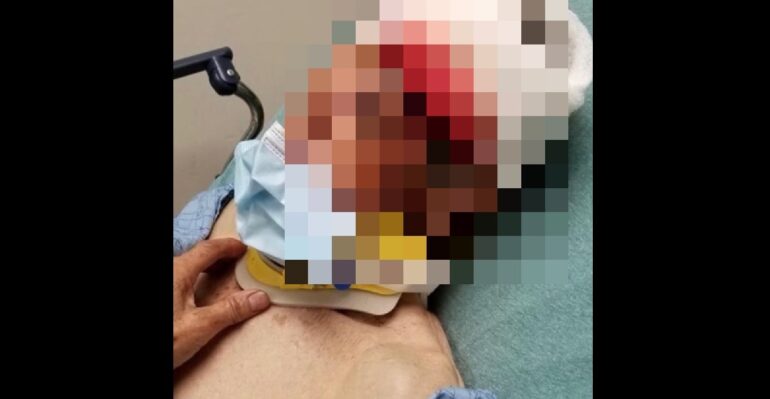 The San Diego police say they have opened a hate crime investigation.

Dennis Lambert, Sonouvong’s brother-in-law, told CBS8 he was shocked after seeing him Friday at the hospital.

“They were afraid of punctured left eye, he had a laceration on his forehead, guy kicked in his ribs pretty good and bloody nose, big, large black eye,” said Lambert. “He’s beat up pretty bad when I went to see him.”

“It upsets me that this is going on in this country about this Asian hate business,” Lambert continued.

The attack happened around 10 a.m. on Friday while Sonouvong was going on a daily walk in the area.

“Some fellow came up and asked, ‘are you Chinese or Vietnamese?’ and my brother-in-law said leave me alone,” Lambert explained.

That’s when the suspect knocked him down to the ground and beat him up.

According to AAPI Initiative Joann Fields, “This is the third incident against an Asian elderly person. We want to stop that, we want to be a part of the solution.”

Back in early November, a 71-year-old Filipino man, Jose Serra, was stabbed multiple times and had his ear cut off with a 12” knife while walking down the sidewalk.