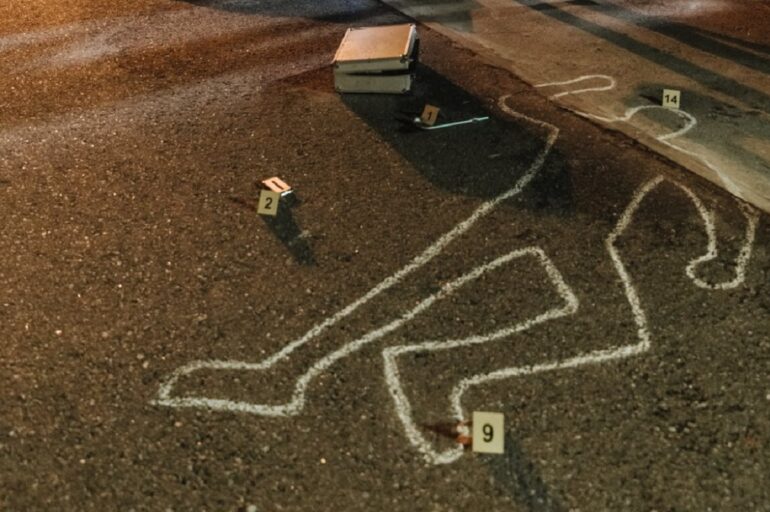 CHICAGO, Illinois—A 71-year-old man was shot multiple times and killed on a Chinatown sidewalk in broad daylight while walking to buy a newspaper, reports CBS2 Chicago.

The senseless act of violence occurred on Tuesday around 12:30 p.m. in the 200 block of West 23rd Place, off Wentworth Avenue, when a random person pulled up and shot the victim from a silver two-door car, according to police.

The gunman then got out of the car and shot the victim additional times before getting back in the car and driving away, according to CBS2. This happened steps away from an elementary school.

“They shot him from the car and got out and did it even more,” said Justin Tan, who lives nearby told ABC7 Chicago. “To me, that sounds like an execution.”

“I heard the screams from when the cops told the family about what happened, the horrible news, and it hit me because that’s someone’s family member that just died,” Tan continued.

Taylor Baird told CBS2 he was sitting in his home with his wife and playing with his daughter when he heard what sounded like fireworks.

“They didn’t really stop. So I heard what I think was probably 10 or 11 shots and then probably two or three minutes later I heard sirens, and then I heard more sirens and I came out and we are outside of a shooting, right outside my apartment,” Baird said.

The victim was rushed to Stroger Hospital where he was pronounced dead.

Police arrested the suspected murderer at Jackson Boulevard and the Kennedy Expressway. A weapon was also recovered on the suspect.

According to CBS2 police sources, the suspected killer is in his 20s and has an extensive criminal record. Initial investigation shows the murder appears to be completely random. No racial description of the suspect was given.

According to WWTW, 32 people were shot over the weekend, and nine people who killed in 28 incidents in Mayor Lori Lightfoot’s Chicago.