GoFundMe Started For Asian Woman Struck in Head in Queens 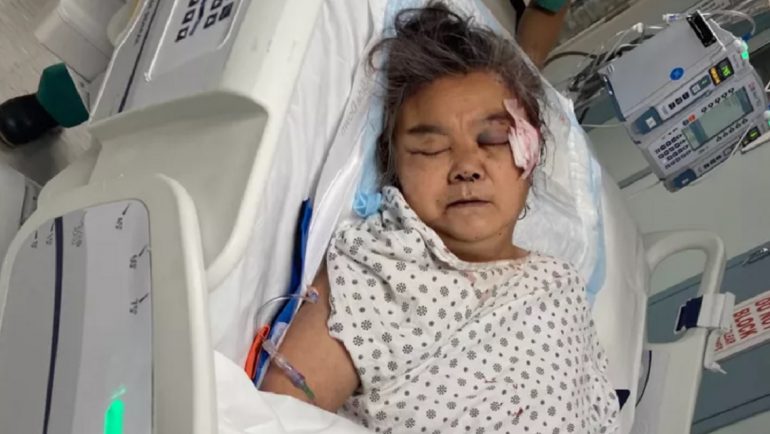 JACKSON HEIGHTS, Queens—Police are currently investigating whether an attack in Queens was a hate crime after an Asian woman was hit in the head with a rock, reports ABC7.

The incident happened Friday on 89th Street in Jackson Heights around 8 a.m.

61-year-old GuiYing Ma went outside and started sweeping the sidewalk right in front of her apartment building to help make her neighborhood a cleaner place, according to ABC7.

That’s when 33-year-old Elisaul Perez walked up to Ma and bashed her in the head with a rock.

Ma was immediately taken to Elmhurst Hospital where she was listed in critical condition, however, she is expected to survive, reports ABC7.

Ma’s GoFundMe page can be accessed by clicking HERE

Hsieh stated to ABC7 that his heart is utterly broken and to make matters worse, his “gentle tenant and friend” has still not regained consciousness after the savage attack.

“She’s not awaken yet. Her head was under surgery. She’s still not awaken,” Ma’s husband, Zhanxin Gao stated.

Other friends describe Ma as sweet and caring.

Perez was arrested and charged with assault in the first and second degree and criminal possession of a weapon, reports ABC7.