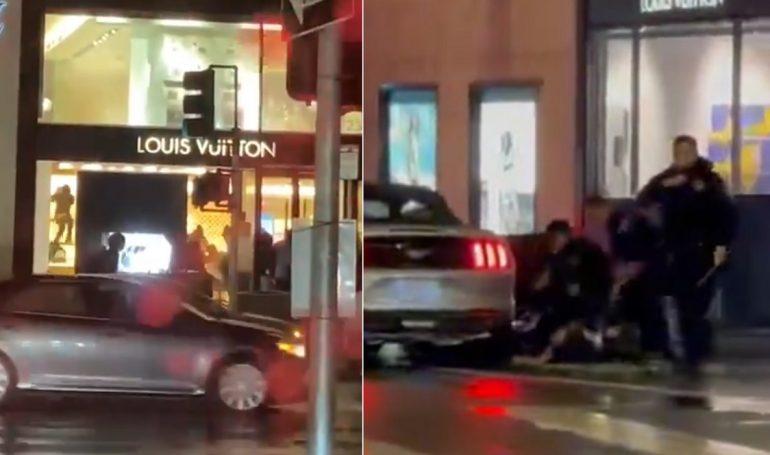 SAN FRANCISCO, California—The Louis Vuitton store in Union Square was “emptied out” after thieves assaulted a security guard and ran off with nearly the store’s entire inventory.

Other stores also hit by the dozens of looters were Burberry, Dolce & Gabbana, FENDI, and Yves Saint Laurent.

According to the San Francisco Police Department, several arrests were made during the crime spree with some police officers using pepper spray on multiple thieves—who were then treated by paramedics at around 8:10 p.m.

“We are continuing to respond to other retail establishments where reports of vandalism has occurred,” stated SFPD Officer Robert Rueca. “Additional officers are responding to the area and are mobilizing to address the fluid and evolving situation.”

Multiple people posted clips of the looting and the aftermath on social media from Instagram to Twitter. One clip shows multiple police officers swarming a Ford Mustang and smashing the car’s windows with batons and forcing the occupants out of the car.

KTVU2 reports most of the thieves got away in multiple vehicles.