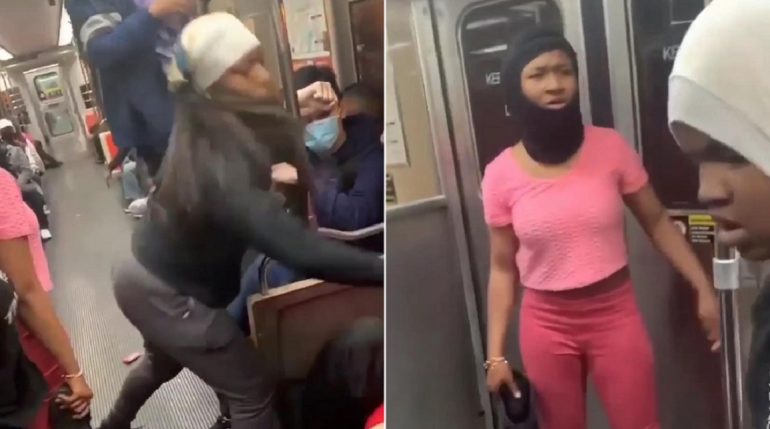 PHILADELPHIA, Pennsylvania—The Philadelphia District Attorney’s Office approved charges against four teenage girls who were involved in a hate-fueled attack against a group of Asian students in a subway train on Wednesday.

The teens face aggravated assault, ethnic intimidation, criminal conspiracy, simple assault, and related charges. One teen has also been charged with an additional count of robbery for the attempted theft of one of the victim’s AirPods, reports FOX29.

Around 3:45 pm, Wednesday, SEPTA Transit Police was approached by an Asian female victim who alerted them that she, among others, had been viciously assaulted on a train car that was heading southbound from Olney.

SEPTA investigators immediately went through surveillance footage to identify the suspects and immediately circulated photos of the potential suspects to officers on patrol, according to FOX29.

Within an hour, police spotted two of the suspects in Olney Station. The officers verified their identification and released them to their parents pending further investigation.

On Thursday morning, police were able to locate other victims from Central High School as well as two other suspects. Authorities say there was one female victim and three male victims.

“This was an attack based on ethnicity, and ethnic slurs were used by the attackers,” SEPTA Transit Police Chief Thomas Nestel stated. He also added the attacks were “unprovoked,” which proves the African-American community’s attempt to blame the attack on the Asian students to be false.

Asian students are forced out of their hard-earned positions to make room for less qualified Black students in other schools and now those who pose no threat are continuously harassed. This was the “diversity” everyone was saying is so “superior.”

Nestel applauded the female victim who tried to intervene when her people were being targeted.

“She was a hero,” Nestel stated. “She stepped up and told the girls to stop saying what they were saying. She then became a target. Just truly heroic, courageous.”

FOX29 sources say the group of African-American teens who targeted the Asian group hurled racial slurs at them and even dumped a smoothie on them on Tuesday—one day before the viral attack happened in the subway.

“I’m appalled by yesterday’s assault involving students on the Broad Street Line. Those involved in the assault have been identified and will be held accountable. I want our residents to know that we will not tolerate any acts of hate,” Mayor Jim Kenney said.