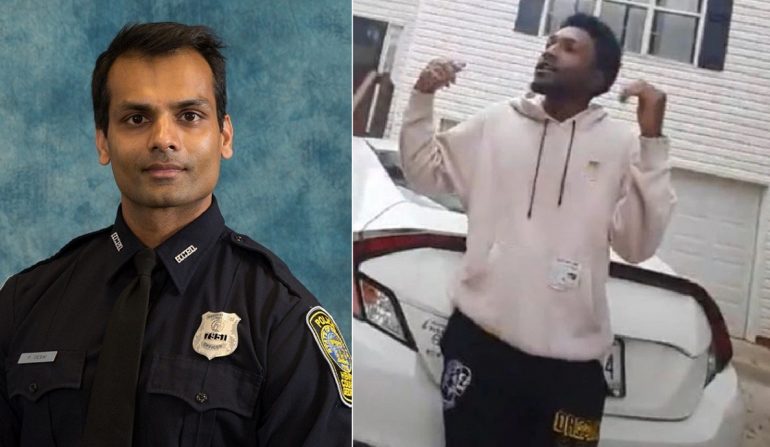 HENRY COUNTY, Georgia—Officer Paramhans Desai, 38, was shot while responding to a domestic dispute call on Thursday around 6 pm. Officer Desai was shot while he attempted to make an arrest, according to WSB-TV2.

However, shortly before 10 pm on Monday, November 8, Officer Desai passed away. He was surrounded by family.

Law enforcement agencies across south Metro, along with former NBA star and Henry County resident Shaquille O’Neal, are offering a $30,000 reward for the arrest and conviction of a man wanted for the shooting. The reward jumped to $70,000 by Tuesday, November 9, when Crime Stoppers Atlanta added into the pool.

The suspect was 22-year-old Jordan Jackson.

Jackson turned the gun on himself seconds before being captured in a Clayton County apartment Tuesday evening, according to authorities.

22-year-old Jordan Jackson was found dead from an apparent self-inflicted gunshot wound at an apartment complex he had been hiding out with friends, reports the AJC.

Apparently, Jackson barricaded himself in a room and authorities were within feet of him. He then took his own life before being captured, according to authorities.

“Let this be a warning and reminder to anyone contemplating any crime let alone a crime of this magnitude where it involves one of our own,” Henry Sheriff Reginald Scandrett said in an emailed statement late Tuesday. “It doesn’t matter how many days it takes, how much sleep we lose, we will hunt you down and find you. To the family of Officer Desai, this will not take away the pain but, hopefully, they can get some rest and start the healing process.”