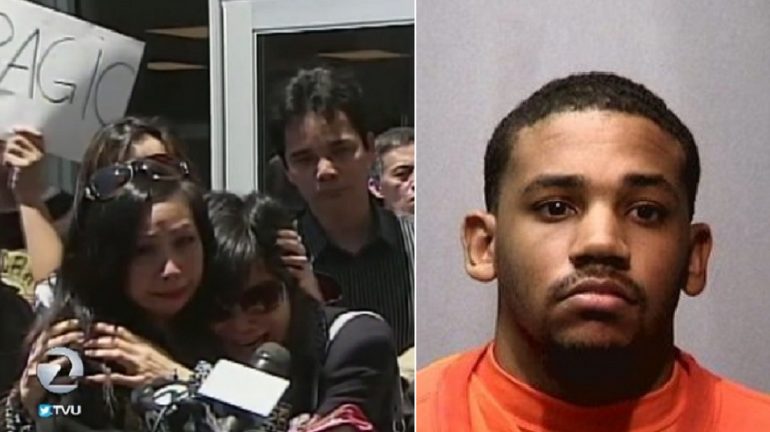 SAN FRANCISCO, California—This gruesome incident happened back on July 12, 2013, and received almost no media coverage outside the Bay Area. Many would like the Asian community to forget this horrific crime because of the race of the suspect.

On July 12, 2013, 27-year-old Barry White Jr. entered San Francisco’s Gift Center & Jewelry Mart, waited for customers to leave, and attacked the staff over a belief that they overcharged him for a chain he purchased days earlier.

However, although similar gold chains have the same Karat quality, the differences in price come from weight, the detail that goes into the chain, and city sales tax—which White did not understand at the time.

Determining Karat quality, for example, if Karat was represented by the “X” numerator of the fraction X/24 where 24 represents pure gold and X completes the fractional equivalent of the percentage of pure gold in an item, e.g. 18 Karat = 18/24 = .750 = 75% pure gold.

White shot and stabbed 51-year-old Lina Lim and store owner Victor Hung, and then slashed the throat of 35-year-old Khin Min, cutting her from ear to ear—nearly decapitating her. Both Lim and Min were killed and Hung survived, reports Mercury News.

White then left the store and opened fire on responding officers before surrendering because he ran out of ammo.

During White’s trial back in 2017, several family members of Lina Lim and Khin Min ran out of the courtroom screaming in horror as the prosecution played surveillance footage combined with new audio of the shooting and stabbing.

“It was like I feel the knife putting on her throat. That’s why I was really shocked and I heard the bullet and I feel her fear. I feel her fear for her life,” stated Lim’s cousin, Lisa Zhou.

White’s attorneys argued all charges should be downgraded to manslaughter because he was shot in the shoulder and the back of the head by Antioch police back in 2009 and suffered brain damage, according to KTVU.

“He simply could not think things through because he did not have the mental capacity to do so,” stated Deputy Public Defender Kwixuan Maloof.

However, prosecutors countered the argument by arguing White did think things through by bringing a gun, a knife, and extra ammunition—proving premeditation.

Barry White was found guilty of two counts of first-degree murder, seven counts of attempted murder, six counts of assault on a peace officer, and one count of illegal possession of an assault weapon back in July 2017, reports ABC7.

He was sentenced to life without the possibility of parole, plus another 266 years.