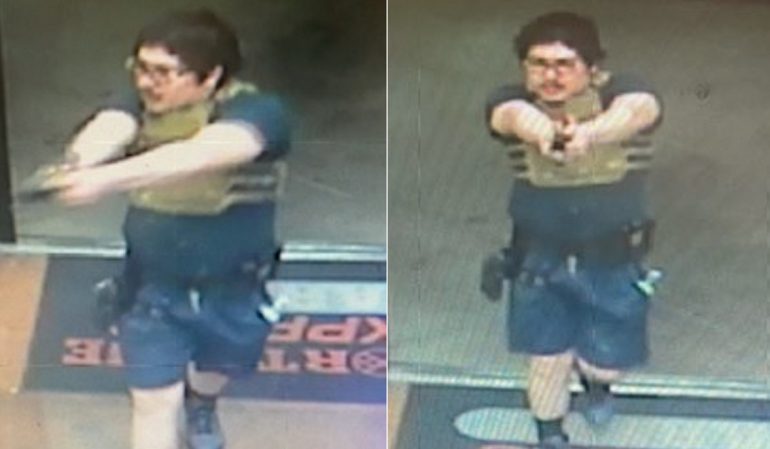 LAS VEGAS, Nevada—Authorities are searching for an Asian male who opened fire in an apparently random shooting spree at a gas station in the south Las Vegas Valley Thursday morning, killing one person, after committing a robbery.

Las Vegas Metropolitan Police Department officers arrived at the gas station just after midnight on Wednesday after receiving multiple reports of shots fired. They located an adult male with multiple gunshot wounds inside a vehicle in the parking lot, reports KTNV13.

The victim was transported to University Medical Center, where he was later pronounced dead.

According to the LVMPD Homicide Section, an Asian man wearing a tactical vest and a gun belt was walking westbound from Robindale prior to the shooting and robbed a random pedestrian.

The gunman then continued walking to a convenience store/gas station where he then fired multiple rounds into the driver’s side door of an unoccupied vehicle. He then walked to another parked car in the same parking lot and opened fire on another car—striking and killing a person.

The gunman then walked into the convenience store and fired multiple rounds at random customers for sh*ts-and-giggles.

Thankfully, all customers were able to escape without injury, according to LVMPD.

The gunman is then seen on surveillance footage taking items from the store and walking out like nothing happened. The suspect has not been located at this time.