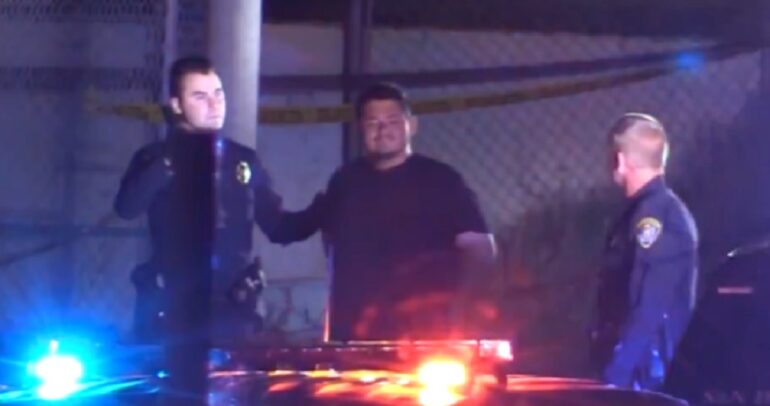 SAN DIEGO, California—Sengny Chea, 31, was shot and killed in Lincoln Park on Saturday, May 14. Chea suffered multiple gunshot wounds to her upper body. Her 12-year-old son was also wounded in the shooting in a parking lot behind the Lincoln Park apartment complex.

22-year-old Alex Galvan of San Diego was arrested on Saturday on suspicion of murder and other charges in connection with the shooting death of Chea.

SDPD Lt. Steve Shebloski stated an Abraham Galvan was also arrested on suspicion of violating probation, possession of an assault weapon, and assault with force, according to CBS8.

“Officers from Southeastern Division arrived at the location and found a female suffering from multiple gunshot wounds to her upper body,” Shebloski stated. “Officers called for medics but the female was suffering from catastrophic injuries and was pronounced deceased at the scene at 2:25 a.m.”

A third male was seen running from the location. However, his role was yet to be determined by investigators but he remains a person of interest.

Please donate what you can, Chea’s GoFundMe page can be accessed by clicking HERE

“It has been determined the 12-year-old male shot in this incident is the son of the deceased female and the 32-year-old male,” Shebloski said. “It is still early in the investigation and little is known about the circumstances leading up to the shooting death of the female and her son.

“However, it appears Alex Galvan, his 24-year-old male companion, and possibly the third male were involved in a physical altercation with the 32- year-old male shortly before the female and their 12-year-old son came upon Galvan and his companions in the parking area behind the apartment complex,” Shebloski said. “At that time, the female was shot multiple times along with her 12-year-old son.”

Gold Wing Imports is Yet Another Victim of the Riots

The 12-year-old, his 32-year-old father, and Alex Galvan were all taken to local hospitals for treatment of their injuries, according to CBS8.

Alex Galvan was booked into the San Diego Central Jail on suspicion of first-degree murder, attempted murder, and possession of an unregistered handgun after being released from the hospital. Abraham Galvin was also booked into jail.

Sengny Chea leaves behind a 12-year-old boy, 4-year-old girl, and a 2-month-old girl.