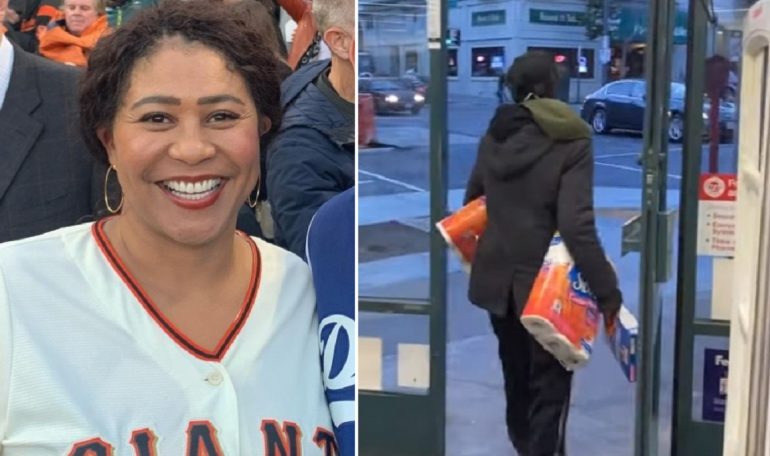 SAN FRANCISCO, California—Last week, Walgreens announced they would be closing five of its San Francisco locations due to theft. The news came after Walgreens closed 17 stores earlier this year due to theft as well.

“Due to ongoing organized retail crime, we have made the difficult decision to close five stores across San Francisco,” Walgreens said in a statement.

“Organized retail crime continues to be a challenge facing retailers across San Francisco, and we are not immune to that. Retail theft across our San Francisco stores has continued to increase in the past few months to five times our chain average. During this time to help combat this issue, we increased our investments in security measures in stores across the city to 46 times our chain average in an effort to provide a safe environment,” the company stated.

However, when KPIX5 interviewed Breed and asked her about the Walgreens closures, she attempted to change the narrative like she always does. From blaming the media for Black-on-Asian violence to basically stating people who want to have a “good time” with Black Lives Matter don’t need to follow the mask mandate indoors.

“Listen, [Walgreens] are saying that’s the primary reason but I also think when a place is not generating revenue and when they’re saturated—San Francisco has a lot of Walgreens locations all over the city, so I do think there are other factors that come into play. So, unfortunately, you know, I can’t…control what they do or what they say, I just know that ultimately we are here to work with Walgreens,” Breed stated to KPIX5.

KPIX5 re-reached back out to Walgreens for clarification and Walgreens clearly stated that the closure of all 22 store locations are directly due to an increase in retail theft.

Mayor London Breed used similar tactics when she addressed Target closing all their stores at 6 p.m. due to an increase in theft. In so many words, she blamed Target’s lack of “customer experience,” lack of innovative solutions to deal with theft, and implied they were cowards for closing early.