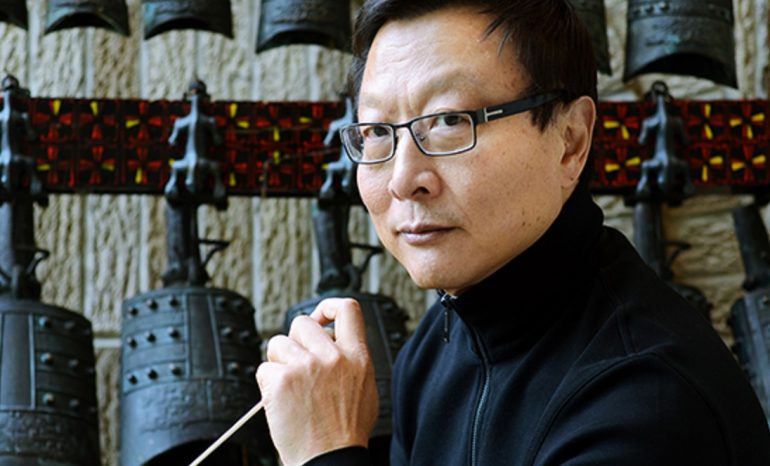 UNIVERSITY OF MICHIGAN—Former professor and renowned composer who survived China’s Cultural Revolution could not survive America’s “Woke Revolution” after undergraduates accused him of racism and furthering “white supremacy” for showing the 1965 film “Othello” starring Laurence Olivier.

Bright Sheng, the Leonard Bernstein Distinguished University Professor of Composition at the University of Michigan School of Music, Theater, and Dance has stepped down from his position after giving multiple apologies throughout a span of three weeks after the initial incident occurred, reports the Michigan Daily.

This whole ordeal began on September 10, when a freshman named Olivia Cook attended Sheng’s composition seminar. Sheng’s course was going to analyze the works of William Shakespeare and feature the 1965 film “Othello” in his first class.

One problem, Laurence Olivier wears “blackface” in the movie because Othello is a Moorish prince living in Venice. “Moorish” was a designated term given to Middle-Eastern/Arab individuals during the 16th century by the Christian Europeans.

Sheng’s purpose for showing the film was to also highlight how opera composer Giuseppe Verdi had adapted the play.

“I thought [that] in most cases, the casting principle was based on the music quality of the singers,” Sheng wrote. “Of course, time [sic] has changed, and I made a mistake in showing this film. It was insensitive of me, and I am very sorry.”

“I was stunned,” Olivia Cook stated to the Michigan Daily. “In such a school that preaches diversity and making sure that they understand the history of POC (people of color) in America, I was shocked that (Sheng) would show something like this in something that’s supposed to be a safe space.”

Cook continued to state Sheng did not give students a warning or any type of contextualization prior to showing Othello, which was responsible for further traumatizing the student body.

Shortly after class ended, Sheng immediately sent out an apology, highlighting that the casting and portrayal of Othello “was racially insensitive and outdated.”

“Professor Sheng’s actions do not align with our School’s commitment to anti-racist action, diversity, equity and inclusion,” Gier wrote.

On September 16, Sheng sent out another apology to the department, “In a classroom, I am a teacher representing the university and I should have thought of this more diligently and fundamentally; I apologize that this action was offensive and has made you angry,” Sheng wrote. “It also has made me lost (sic) your trust.”

The apology once again was meaningless. Graduate students wrote an open letter that was sent to Gier on September 23, addressing Sheng’s actions. The letter was signed by 18 undergraduate composition students, 15 graduate composition students, and nine SMTD staff and faculty members—dissecting Sheng’s apology as shallow, according to The Daily Wire.

“Professor Sheng responded to these events by crafting an inflammatory ‘apology’ letter to the department’s students in which he chose to defend himself by listing all of the BIPOC individuals who he has helped or befriended throughout his career,” the letter reads. “The letter implies that it is thanks to him that many of them have achieved success in their careers.”

Sheng is a renowned composer, conductor, and pianist. His work has been featured by prestigious groups including the New York Philharmonic Orchestra, the Chinese National Symphony Orchestra and the New York City Ballet Orchestra, according to the Michigan Daily.

Does this mean Asians can cancel Ridley Scott for changing 2015’s “The Martian” character from Indian to half Black? Director of the Mars Mission Vincent Kapoor, portrayed by Chiwetel Ejiofor was originally written as full-blooded Indian Venkat Kapoor in the novel. The character was blackwashed.