LOS ANGELES, California—Thanh Lam was born in Saigon in 1967. He lived through a war, endured a dangerous sea journey to freedom, and survived 12 months in a Malaysian refugee camp before managing to come to America, reports the Los Angeles Times.

He was barely 12 when he, his parents, eight brothers, and a sister fled Vietnam back in 1979.

On the second night of the 1992 Los Angeles riots, 25-year-old Lam was shot dead while sitting in his pickup truck waiting for a traffic light change at a corner in Compton. It was a one-two punch for the Lam family.

The night before, as violence broke out after the not guilty verdicts in the Rodney King beating trial, the Lam family market in Compton was looted and burned, according to the Los Angeles Times.

Mr. Lam spent the final day of his life distraught over his family’s future as he helped sweep up damage before heading home to Monterey Park in a two-car caravan. As he approached the corner of Willowbrook Avenue and Alondra Boulevard, the family van in front of him pulled through as the light turned yellow.

Lam slowed to a stop.

Within seconds, a car bumped him from the rear and then pulled up into the next lane. According to the Los Angeles Times, at least two gunmen leaned out with handguns and opened fire. The volley of fire shattered the truck’s window and ripped into the cab.

Four rounds hit Lam. He was dead within minutes.

Over 64 people died during the Los Angeles riots. Most of the dead were murder victims and many of them were shot by strangers. Over 2,200 Korean-owned businesses were burned down in the hopes of driving the Koreans out of Los Angeles.

Koreans stayed, rebuilt their neighborhood with their own money because the city of Los Angeles refused to pay reparations. Today, Koreatown resembles first world Seoul, South Korea, while those responsible for the riots still live in the ghetto, which resembles their old country.

During an FBI investigation, witnesses heard a gunman shout a racial slur before blasting Lam. One bystander heard a gunman curse Lam for being “white”, according to the Los Angeles Times.

The FBI does not consider this murder a hate crime. Quite possibly because the perpetrators were African-American.

Thanh Lam’s father, Ha Lam stated to the Los Angeles Times, “We want people to know that it’s painful to have a son die. It’s painful, too, to have whole family come here almost 13 years ago, and everybody is safe and sound. We worked hard and didn’t ask for any help. We didn’t do anything wrong, and now something like this happens. Why?” 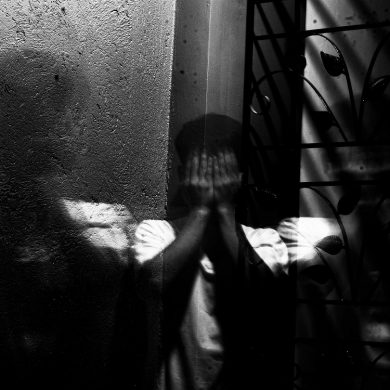