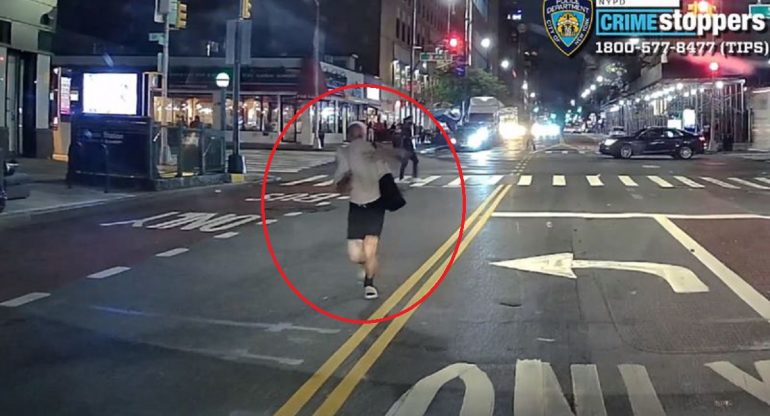 MANHATTAN, New York—An Uber driver may lose his eye after he was bashed in the face with a cell phone for refusing an illegal street hail in Manhattan last month, according to Daily News.

45-year-old Gui Ping Han suffered a detached right retina from the assault. His injures have forced him out of work and he currently has no source of income.

Dashcam video from Han’s car released by police on Wednesday shows the suspect, with a bandana covering the lower part of his face, standing in the middle of E. 14th St. near Third Ave. in the East Village about 3:05 a.m. on August 28, just after the attack, reports Daily News.

Han is a Chinese immigrant and stated the assault was sudden, however, “danger” perfectly defines his Uber profession.

“My first customer was smoking weed in my car. The smell lingered in my car,” Han stated through a Mandarin interpreter. “I rolled down the window for more ventilation when I’m about to pick up my second customer.”

Han stopped at a red light and that’s when the suspect flagged him down and demanded he gives him a ride, according to Daily News.

Only yellow medallion taxis are allowed to pick up street hails in New York City. Han declined since he’s an Uber driver.

“I was explaining to him that he’s not my customer,” Han explained. “Then out of the blue—it happened so fast, I don’t even know when—he punched my right eye.”

Paramedics took Han to the New York Eye and Ear Infirmary of Mount Sinai where he was treated and later released. However, a month after the attack, Han still wears a bandage over his eye, which is still swollen.

“The first hospital suggested me to take the eyeball out,” Han explained. “I don’t know what will happen.”

“The doctor told me it’ll take about one month or so for the swollen eye to go down. It’s uncertain if I can ever see from that eye again,” he stated. “If I lost my eyesight, if it’s just one eye, probably not a good idea to drive.”

According to Daily News, Han is the sole provider for his wife and his 22-year-old son, who’s a college student back in China. “If I became disabled, it would put my family in trouble,” he said.

The assailant is described as having a light complexion, average build and short blond hair and was wearing a white T-shirt, black shorts, black socks and white sandals.

Anyone with information is asked to call Crime Stoppers at (800) 577-TIPS. All calls will be kept confidential.