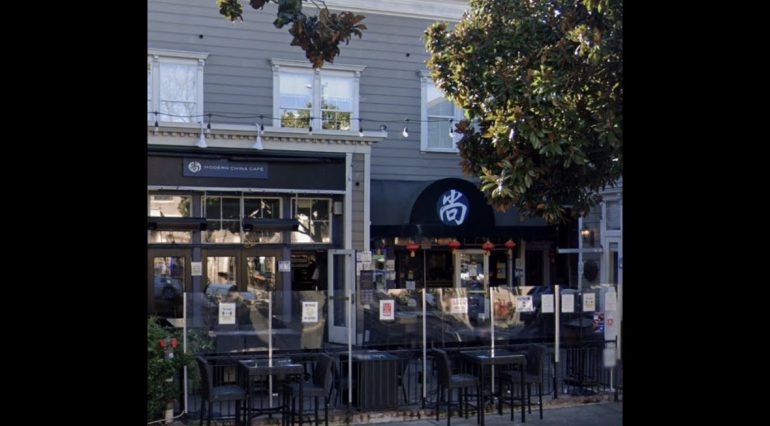 WALNUT CREEK, California—A suspect in a “dine and dash” situation at Modern China Café in downtown Walnut Creek opened fire after being confronted by the restaurant owner last Sunday, according to FOX2 KTVU.

The shooting happened around 8:40 p.m., September 5 on North Main Street near Lincoln Avenue.

According to the police, the couple left the restaurant without paying their bill. The restaurant owner followed them across the street and confronted them.

The man paid the owner and then got into a black Kia driven by the woman. However, as the Kia drove off, the male suspect—armed with a handgun—fired three shots, reports FOX2. No one was injured.

The quick succession of gunshots caused customers at Modern China Café to scramble for cover, including a friend of the daughter of Kevin Wilk, Walnut Creek’s mayor.

“She heard gunshots and everybody ducked below the tables,” Wilk stated to FOX2.

“I heard a gunshot. I heard like three, I think three,” stated Murphy Ku, who works as a server at a nearby restaurant.

Walnut Creek police responded almost immediately since the police department is located down the street. However, officers were unable to apprehend the suspects.

“I don’t know what the motivation is,” Wilk stated. “We’re looking into that as well, and it baffles me.”

One resident told Asian Dawn, “Shootings don’t happen here, it’s rare. Might be some of the riff-raff from Oakland. A lot of racing happens around here though. Always an Asian brother racing some white dude in their Lambo/Ferrari/MercedesGTR/LexusLFA. That last car, if a cop is reading this, that Asian dude in a white Lexus LFA was doing 140 mph on the 680 around 11:30 p.m. last Thursday. Get that foo. He cut me off while racing a Porsche 911 GT3.”