NEW YORK—British teenager Emma Raducanu was ranked 150th last month with just one Grand Slam appearance to her name and actually had a flight booked to head back out of town after the US Open’s preliminary rounds, according to ESPN.

Everything changed Saturday night when Raducanu defeated 19-year-old Leylah Fernandez 6-4, 6-3 in the final—becoming one of the youngest athletes to win a major tennis champion since 2004. Raducanu’s performance against half-Filipino Fernandez was shocking, considering Fernandez took out Naomi Osaka a week earlier.

Raducanu credited her Chinese and Romanian parentage with much of her drive and determination, according to the Telegraph. “My mother’s Chinese heritage gave me confidence,” she stated.

According to ESPN, Raducanu took 18 months off from tennis because of the Covid pandemic and her parents’ insistence she completes her high school education three months prior to the U.S. Open.

“My dad is definitely very tough to please,” Raducanu stated Saturday evening. “But I managed to today.”

Emma was actually born in Toronto to a Romanian father and a Chinese mother. Her family moved to the United Kingdom when she was only two years old.

Emma thanks her Chinese fans in Mandarin

What many do not know, Raducanu actually traveled to her mother’s hometown of Shenyang in northeast China to train (away from the spotlight) and visit relatives. She practiced her strokes at the Shenyang Physical Education Institute and also played table tennis with top-tier players to improve her reflexes.

Emma is also the first British woman to win a Grand Slam singles trophy since Virginia Wade at Wimbledon back in 1977. Many compare her to 17-year-old Boris Becker winning Wimbledon in 1985, however, Becker was a top-20 player at the time. 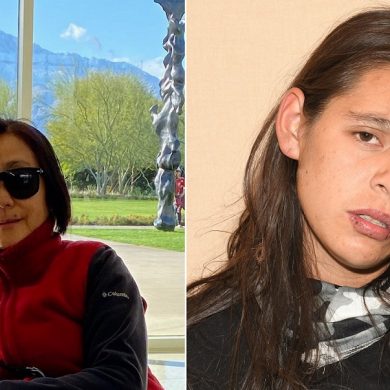 Asian Woman Stabbed to Death While Walking Her Dog in Riverside