Another Asian Woman Robbed and Assaulted In New York 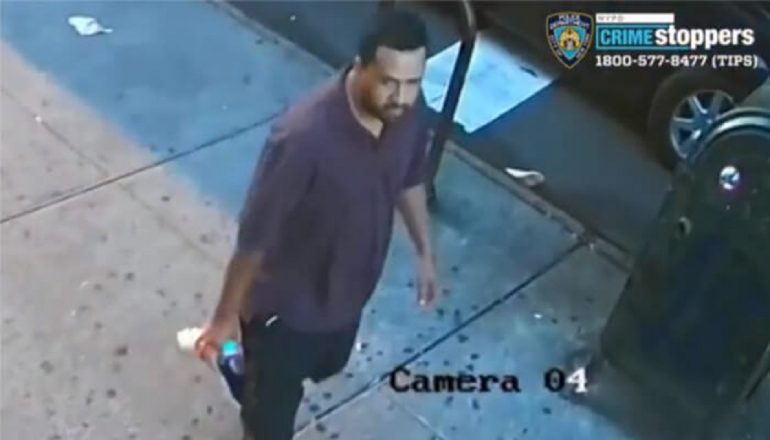 JACKSON HEIGHTS, New York—Authorities have released video footage of a man who allegedly threw a water bottle at an Asian woman, punched her in the face, ripped her necklace off, and hurled racial insults at her last month in Jackson Heights.

According to the Jackson Heights Post, the 56-year-old Asian woman was walking on 37th Avenue and 75th Street around 6:55 a.m. on Friday, August 27 when a man struck her in the back of the head with a plastic bottle before punching her in the face.

The suspect then ripped the woman’s chain off her neck and made a number of racial anti-Asian statements. The man then fled the scene heading eastbound on 37th Road, taking the victim’s chain necklace.

Anyone with information in regard to this incident is asked to call the NYPD’s Crime Stoppers Hotline at 1-800-577-TIPS (8477) or for Spanish, 1-888-57-PISTA (74782). The public can also submit their tips by logging onto the CrimeStoppers website at https://crimestoppers.nypdonline.org/ or on Twitter @NYPDTips.