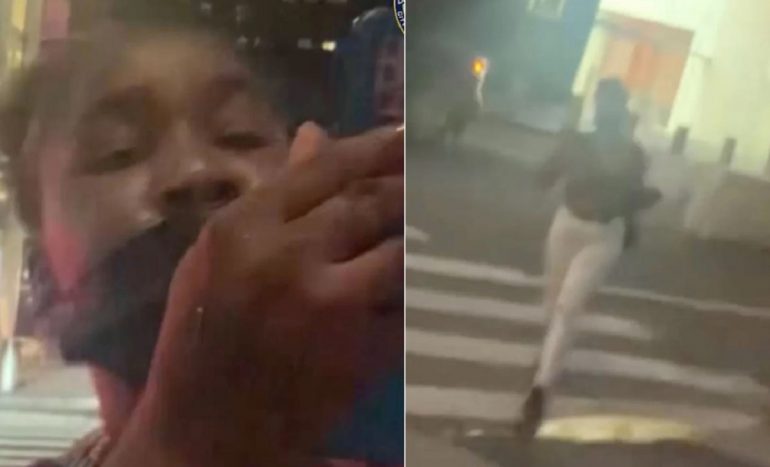 NEW YORK CITY—A 31-year-old Brooklyn woman was arrested Friday for a hate-fueled attack in which she allegedly told an Asian woman to “speak English” before pulling her hair and spitting on her in Manhattan last month.

According to the New York Post, Yvonne Yehudah was charged with aggravated harassment for the July 25 anti-Asian attack on the Upper West Side. The NYPD’s Hate Crimes Task Force investigated the incident.

26-year-old Bokyung Kim was speaking to a friend in Mandarin at West 60th Street and Broadway when Yehudah confronted her.

“[She] was walking down the street behind us. She was eating dinner in takeout boxes and I remember her saying ‘b**ch, you should speak English. Speak English,’” Kim told the New York Post in an interview after the attack.

Kim then explained she and her friend began running away. Yehudah allegedly caught up to them at a street corner. The suspect then allegedly pulled Kim’s hair, spit in her face, and threw food at her, reports the New York Post.

During the attack, Yehudah also told the victim she was going to “beat the sh*t out” of her before a good Samaritan intervened.

“I was just so shocked and I tried to say sorry to her because I didn’t do anything wrong,” Kim told The Post.

Man Dressed as the Joker Stabs 10 People in Tokyo Train

These types of incidents are all too common in New York where Asians take the public transit system. Asian women, especially, are verbally abused by African-American women. Unlike many parts of Asia, the public transportation system in the United States are not safe.

One victim who wishes to remain anonymous explained she’s verbally abused at least once a week. “Last week I was called a ‘parasite,’ by some random overweight Black woman. A few months ago, another Black woman said “[You all] look like little retarded kids. Go back home you ching chong ch**k.”