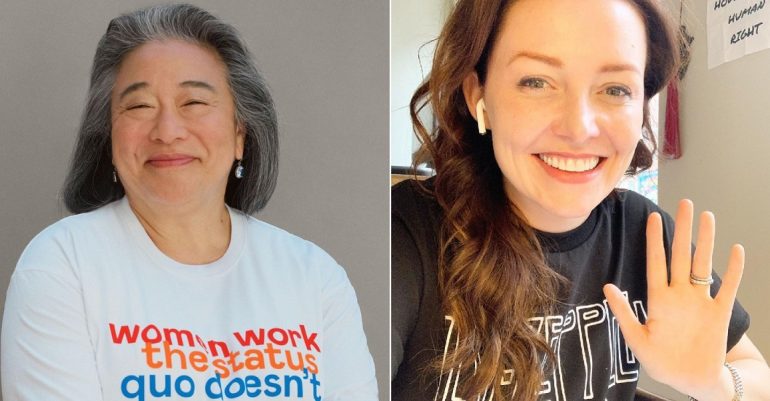 The CEO of Time’s Up, Tina Tchen, has officially apologized for helping ex-NY-governor Andrew Cuomo draft a letter to discredit and vilify his very first accuser, Lindsey Boylan.

“I am sorry. As someone working to combat sexual harassment and sexual violence, support survivors, and advance gender equity, the last thing I want any of my actions to do is to cause added pain or harm to survivors. And yet, I now know that some of my actions have done just that. For that I am profoundly sorry,” Tchen wrote on Wednesday, August 11.

What is Time’s Up? According to Wikipedia, the organization was founded on January 1, 2018. The organization is a charity “which raises money to support victims of sexual harassment.” The charity was specifically founded in response to the Weinstein sexual assault scandal in late 2017.

Lindsey Boylan, whose husband is LeRoy Kim, a Managing Director and Merchant Banker at Allen & Company, not only called for Cuomo’s resignation but also called for the resignation of Tina Tchen as well.

“You can start by resigning, @TinaTchen. So too should any employees engaged in silencing & diminishing survivors. No trust can be built from this place,” Boylan tweeted.

Tchen’s apology also included the standard “I didn’t know the gravity of the situation,” response.

“The facts revealed in the Attorney General’s findings — that the letter was drafted by Cuomo as part of an ongoing effort to undermine the survivors — were completely unknown to me until the investigation’s report was released,” Tchen wrote. “I would never participate in or condone, in any way, such an attack or strategy.”

“I believe we were used as cover for heinous actions going on behind the scenes and, more recently, being used to distract and distort the actual legal and moral violations that occurred. But that in no way excuses my oversight and mistakes in failing to protect survivors and our work, and I recognize that similar scenarios may have played out in the past that I failed to see for what they were.”

The letter that initially discredited Lindsey Boylan’s allegations against former Gov. Cuomo was written by Time’s Up co-founder Roberta Kaplan. She read the finished letter to Tchen and they both approved its release.

However, Kaplan resigned from her post shortly after the attorney general’s report concluded Cuomo is guilty of the allegations. Tchen has yet to apologize sincerely by stepping down.