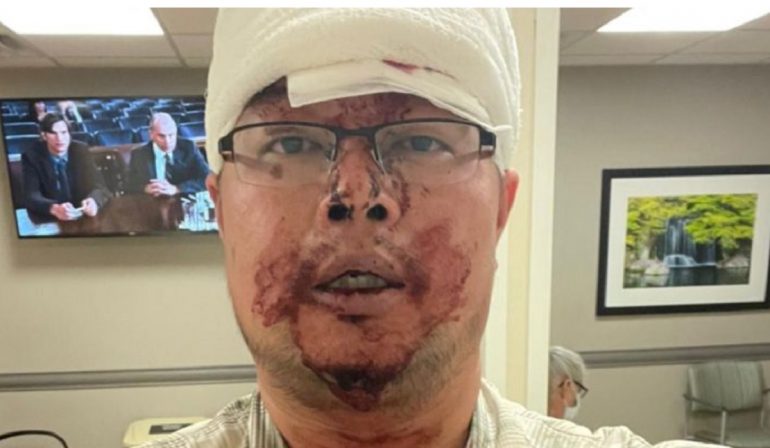 RIVERSIDE, California—Lyft driver Ye Lu says the attack happened around 5:20 a.m. on August 1 when he picked up his passenger, identified as 23-year-old Michael Trunko, according to ABC7.

Lu says Trunko wanted to load up his backseat with DJ equipment, which Lu said he wouldn’t allow. He explained to Trunko he could only load whatever would fit inside the car’s trunk.

In audio captured from Lu’s dashcam, Trunko can be heard saying, “If I can’t use the backseat you’re going to get fired.”

That’s when Lu said Trunko starts beating him and his car with a metal microphone stand. Lu was hit in the head at least two or three times before managing to drive away from the scene and immediately called 911, reports ABC7.

“Someone attacked me!” I think I will die!” Lu repeatedly said on the phone.

The 23-year-old suspect was arrested a short time after by the Jurupa Valley police at a Riverside bar and booked him into the Robert Presley Detention Center. Trunko has since bailed out and has a court date set for December 20. According to ABC7, he faces felony robbery, assault, and vandalism charges.

Lu stated to ABC7 he’s been working as a ride-share driver for almost five years and never thought getting attacked during a ride would ever happen to him.

You can donate to Lu via GoFundMe page by clicking HERE