Dr. Aruna Khilanani is a psychiatrist and psychoanalyst with degrees from Columbia, Cornell, and New York University. However, Dr. Khilanani described those very same institutions as “racist” in an interview with journalist Katie Herzog, according to the National Review.

The psychiatrist delivered a lecture, entitled “The Psychopathic Problem of the White Mind,” at Yale University’s Child Study Center on April 6 via Zoom. In this lecture, she described her “fantasies” of murdering white people.

The National Review reported a flier for the lecture described its “learning objectives” as understanding “how white people are psychologically dependent on black rage.”

“I had fantasies of unloading a revolver into the head of any white person that got in my way, burying their body, and wiping my bloody hands as I walked away relatively guiltless with a bounce in my step. Like I did the world a f***ing favor,” Dr. Khilanani stated at one point during the lecture.

“We keep forgetting that directly talking [to white people] about race is a waste of our breath,” Khilanani said. “We are asking a demented, violent predator who thinks that they are a saint or a superhero, to accept responsibility. It ain’t gonna happen.”

“I actually think that conservatives are psychologically healthier” than liberals, Khilanani told journalist Katie Herzog. “They are more in touch with their anger and negative feelings. They can articulate it. They can say it, they’re not covering it up. . . . There’s not all this liberal fluff of goodness.”

Several faculty members expressed their concerns with Khilanani’s remarks, which ultimately led Yale to restrict access to the lecture to only those with university ID.

My talk at Yale Child Study Center was just released internally. Unnamed and untitled like the privilege it protects. #yale #childstudycenter

Many African-Americans reportedly enjoyed Dr. Khilanani’s lecture. One African-American woman thanked the doctor for giving her “voice to us as a people of color and what we go through all the time.” 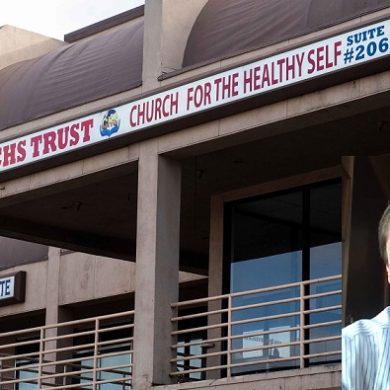