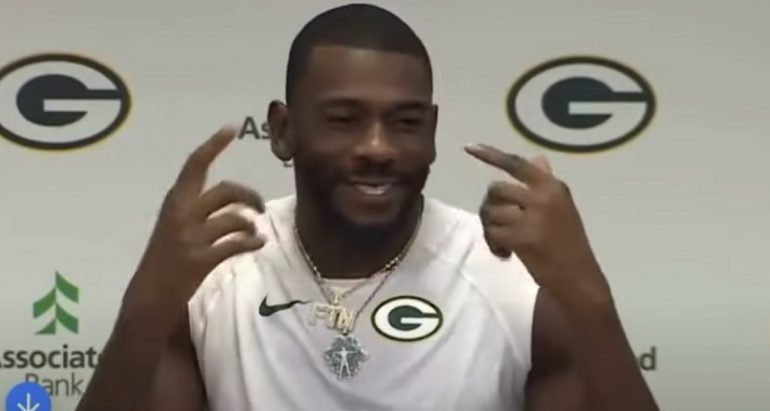 WISCONSIN—Devin Funchess, Green Bay Packers wide receiver apologized early Sunday for his use of an anti-Asian slur during a press conference on Saturday.

Funchess was speaking to reporters at the team’s facility in Green Bay, when he told them he could tell when players were smiling under their helmets because their eyes “go chi**y.”

Hours later after receiving backlash, Funchess posted a statement via Twitter, apologizing for the “disparaging remarks.”

“I have grown to develop deep personal and business relationships in the Asian community!” Funchess wrote. “I meant no harm, and those that know me know I have love and respect for all cultures and people. I will learn from this and continue to grow as a person. I’m forever sorry!”

The media wouldn’t be so forgiving if Donald Trump said the exact same thing, which is why Funchess should not be forgiven. Non-Asians are demanding Asians forgive Funchess and are currently dictating what we should and should not find racist.

“In jest or in love, normalizing the use of a racial slur, especially when you have the platform as pro-athlete is never okay,” Hong stated. “it’s disrespectful and the impact is profound. This hurts.”

Asians are often mocked in sports and the minute an Asian hurls back racist remarks, he/she is immediately physically attacked for not knowing his/her place. This tells us two things:

Earlier this week, on Thursday, Italy’s Juventus Women soccer club posted a photo of defender Cecilia Salvai wearing a cone on her head and pulling back her eyes.

The soccer club deleted the tweet after receiving backlash and issued a standard fake apology, saying the club has “always been against racism and discrimination.”

“We sincerely apologise that our tweet, which was not meant to cause controversy or have any racial undertones, may have offended anyone. Juventus has always been against racism and discrimination.”