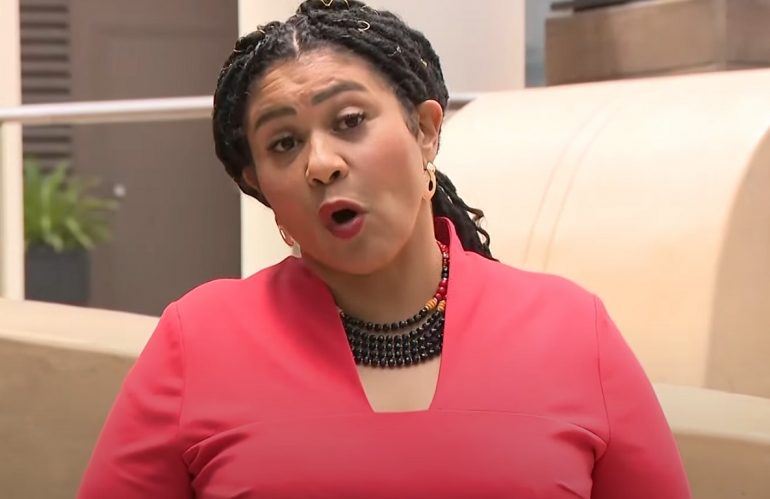 SAN FRANCISCO, California—San Francisco Mayor London Breed has agreed to pay $22,792 in fines for several ethics violations she committed while in political office, which raised questions about her personal and political relationships.

According to KTVU, among Breed’s violations was asking former California Gov. Jerry Brown to pardon her brother, not reporting donations for her float at the annual gay pride parade, and having former Public Works director Mohammad Nuru pay for her car repairs.

Breed’s brother, 46-year-old Napoleon Brown, is serving a 20-year prison sentence for pushing his accomplice, 25-year-old Lenties White out of a getaway car on the Golden Gate Bridge after an armed robbery in June 2000. She was immediately struck by a drunk driver and died.

Former Public Works director Mohammad Nuru—who was also romantically involved with Breed—was later charged with fraud in a widespread federal corruption probe involving City Hall. He was also in charge of cleaning up human feces and used needles around the city and did a notoriously bad job.

SnapCrap is a poop app created to warn San Francisco citizens and help Public Health Works to clean up poop and used needles across the city. During Nuru’s reign, it was very rare to walk a complete block around the city without stepping on human feces or drug paraphernalia.

“There were mistakes made,” Breed said at a press conference Tuesday. “I take full responsibility for those mistakes and I’ve learned a lot since becoming Mayor and being in office. At no time have any of the things related to the stipulation had any impact on my decisions as mayor.”

Since taking office, San Francisco has deteriorated into a “woke paradise” where rampant drug use, homelessness, attacks against Asians, petty theft, strong-arm robbery, assault, and carjackings have skyrocketed to biblical proportions with no end in sight. Breed only offers “fluff” talk for those naïve enough to believe her press conferences.

Mayor Breed’s physical appearance is also not synergistically aligned with the “Healthiest City in the U.S.” title San Francisco enjoys, according to NBC Bay Area. During Tuesday’s press conference, she was visibly more overweight than usual.