Asian Woman Has Hair Pulled, Spat On, and Told to ‘Speak English’ 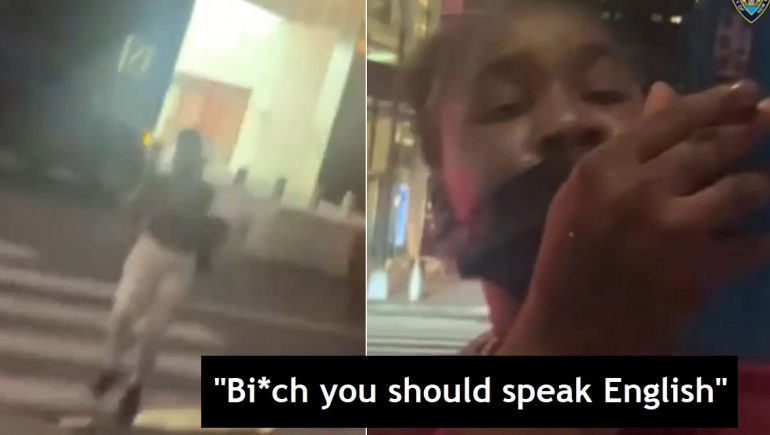 MANHATTAN, New York—Bokyoung Kim, 26, just moved to New York from Los Angeles three weeks ago, and what better way to welcome her to Manhattan than get attacked because she’s Asian?

Kim was speaking to her friend in Mandarin at West 60th Street and Broadway around 8:45 p.m. Sunday, July 25 when a female African-American confronted her, according to the New York Post.

“[The suspect] was walking down the street behind us. She was eating dinner in takeout boxes, and I remember her saying ‘b**ch, you should speak English. Speak English,’” Kim told the New York Post in a Monday night phone interview.

Kim explained she and her friend started running when the suspect gained ground on them, but the woman caught up to her as they were about to cross the street, reports The Post.

The African-American woman then chucked the remaining food at her and threatened to “beat the sh*t out of me” before a Good Samaritan stepped in and guided the attacker to the subway.

“I was just so shocked and I tried to say sorry to her because I didn’t do anything wrong,” Kim continued to say.

Kim told The Post she recorded part of the confrontation and set up a meeting with the NYPD. The Hate Crimes Task Force is currently investigating the matter. No arrests have been made.

“I saw frightening videos on the internet but I never thought I would be a victim myself,” Kim added.