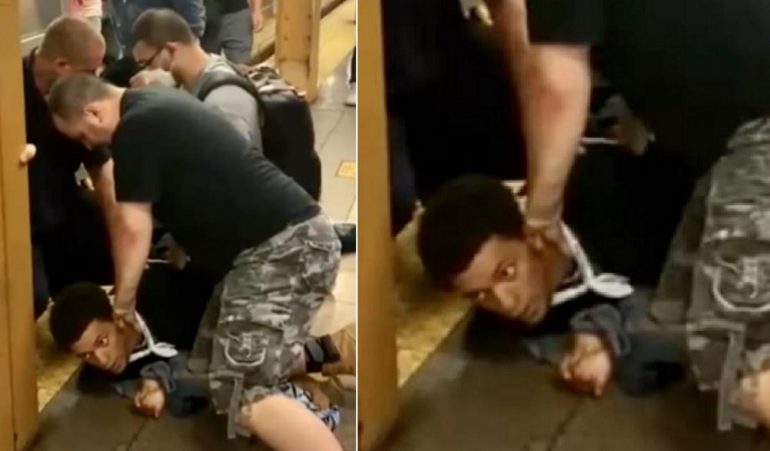 NEW YORK CITY—This attack occurred Wednesday, July 21 around 11 a.m. at the 36th Street subway station. A Chinese woman was on her smartphone when an African-American male grabbed her phone from behind and attempted to flee the scene.

The Chinese woman immediately began to scream for help, which caught the attention of at least four men—three Caucasians and one Asian male.

Because the 36th Street subway station is a one-way exit, the robber ran toward a dead end and was quickly confronted by the Good Samaritans.

The robber was subsequently taken down by the four men and pinned to the ground until authorities arrived on the scene. The suspect has no criminal record and has since been charged with felony theft, according to police.

Multiple Chinese witnesses stated the area is riddled with petty theft and strong-arm robberies and it’s getting to the point where the locals are setting up organized patrols.

One Chinese elder told a local news outlet he felt very moved by the assistance of the three Caucasians and one Asian male. He explained his community usually gets scolded by the African-American community for making these incidents up, regardless of proof.

“Black people keep bringing up we’re racist and telling us we should ‘watch out for white people’ because they’re more dangerous and that’s the only way our two communities can unite,” one Chinese elder stated.

Another Chinese witness, feeling moved by the assistance of the Good Samaritans stated, “It proves that there are still more good people than bad, that justice exists among all ethnic groups and that evil cannot prevail over right.”