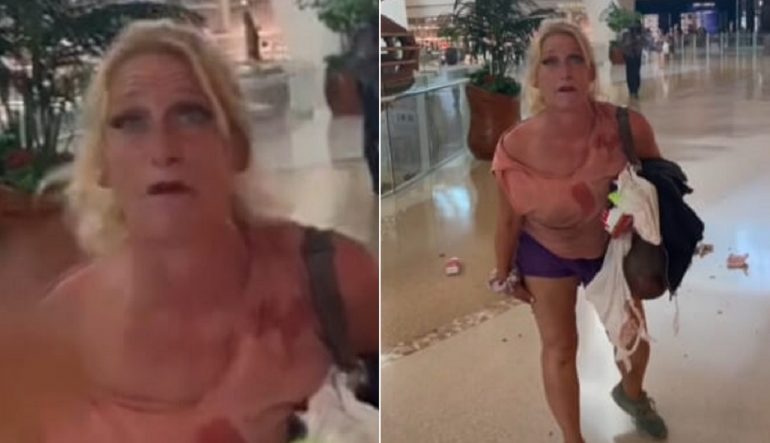 LAS VEGAS, Nevada—Las Vegas police arrested a woman who punched a 6-year-old Korean-American boy in the neck on Saturday, according to AsAmNews.

The woman, now identified as Shelly Hill is being held on battery, hate, and bias crime charges.

The 6-year-old’s mother who asked only to be identified by her TikTok handle @uhmmajo explained it happened during a stroll on 4th of July weekend near the entrance of the Shop at Crystals on the Las Vegas Strip, reports AsAmNews.

“My husband was walking with my son holding his hand. I was with my two-year-old daughter pushing her in a stroller. She (Hill) came from behind and punched my son in the neck,” the mother explained to AsAmNews.

The mother continued to explain her husband grabbed his son and shielded him from the woman while yelling at her. That’s when Hill started yelling back.

I hope the cops picked her up. Mall security just let her go. Yes, we are pressing charges. #crystalsmall #arialasvegas #fyp #assault

“She was yelling things like ‘I know what you people do. You people eat your children. It’s your fault.’”

The 6-year-old is physically okay but mentally torn, according to the victim’s mother.

When @uhmmajo showed her video to the Las Vegas police, they immediately recognized Shelly Hill and stated they’ve dealt with her before. Hill was arrested shortly after the incident.

“I’m so relieved,” she said about the arrest. “I don’t want her near any children. She could have done more damage when she hit my son. Especially while saying racial slurs.”

She is currently being held on $3,000 bail. Her first court appearance was on Sunday, July 11.