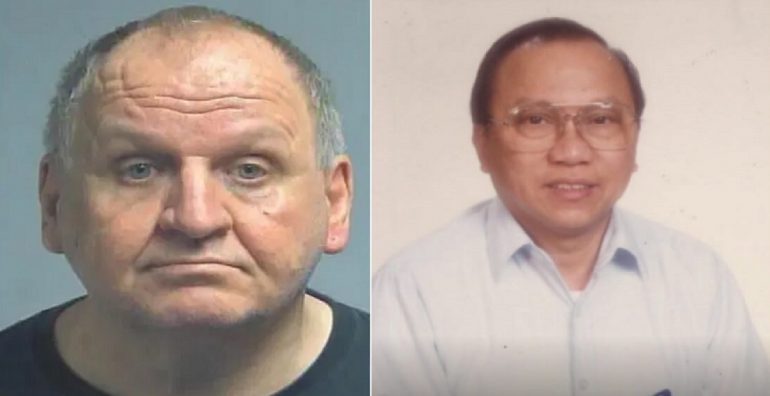 VANCOUVER, British Columbia—Thomas Stephen Toth, 61, was found guilty and sentenced to 18-months in prison for the December 20, 2017 manslaughter of 86-year-old Orlando Ocampo outside a Vancouver Costco.

According to Global News, Toth believed Ocampo elbowed him while he and his teenage daughter were leaving Costco. Toth then swore at Ocampo which then escalated to Ocampo pepper-spraying both Toth and his daughter.

Toth then followed Ocampo for several feet and pushed him to the ground from behind, causing a serious head injury. Toth then fled the scene.

He was eventually found and initially taken into custody about two hours after the incident but was released without charges.

Ocampo was rushed to the hospital with serious injuries. He passed away in the hospital on January 11, 2018, reports Global News.

In June 2018, authorities charged Toth with manslaughter. To make matters worse, he failed to appear in court earlier this year and a Canada-wide warrant was issued for his arrest. However, in late May, Vancouver police located and arrested Toth.

Toth’s 18-month sentence also includes three months for failing to appear at his hearing back in March. Basically, Toth is serving a 15-month sentence for Ocampo’s death. He will also receive two years probation and a 10-year firearm prohibition, according to Global News.

The judge presiding over the case noted that Toth’s actions were intentional and not accidental because of the fact Toth followed Ocampo—who was a smaller older man.

Toth eventually apologized to Ocampo’s family last week, saying, “I’m sad for the family. I’m sad what I did.”