Asian Man Carjacked, Kidnapped and Forced to Jump Out of Moving Car 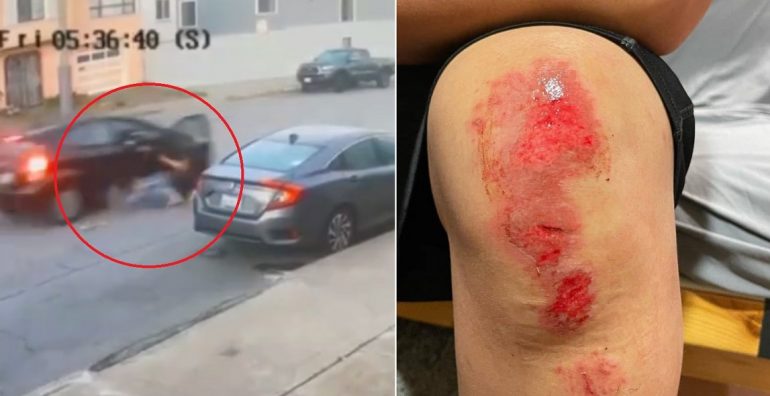 SAN FRANCISCO, California—A San Francisco man was carjacked, kidnapped, and forced to jump out of a moving car to save his life. The beacon of moral righteousness continues in Woketopia.

ABC7 reports a 32-year-old Asian man—who wishes not to use his name or show his eyes—described the harrowing slew of events after he returned to his Sunset home after dropping his wife at work early Friday morning, June 18.

The 32-year-old victim explained while he sat in his Toyota outside his home, a man suddenly approached the vehicle, flashed a pistol, and ordered the victim to sit in the passenger seat. The robber then drove them around the neighborhood and demanded the victim’s smartphone, credit cards, and jewelry, according to ABC7.

The victim stated to reporter Dion Lim that at one point, the suspect asked about his family and who he lived with and then threatened to kill him.

“I was really scared his gun was on my face like that,” the victim stated.

The victim decided at that moment to jump out of the car which was going at a speed of over 30-miles an hour, according to ABC7.

Unable to go outside and work because of the mental trauma the victim endured, he told Dion Lim he is speaking out to raise awareness to others and to help catch the suspect.

Ex-UC Irvine Student Throws Mom Off Building, Then Jumps to His Death

“Be careful if you go to work early or come back home late time,” the victim continued to state.

No racial description of the suspect was given during his interview with ABC7. When he was asked if he felt he was attacked because he is Asian—the victim believes the robbery and attack were random, however, he also believes criminals target the Sunset area because of the amount of Asians living in the area.

Police recovered the man’s car a short time later. No arrests have been made. SFPD encourages anyone with information to call their anonymous 24-hour tip line 1-415-575-4444 or Text a Tip to TIP411 and begin the text message with SFPD.