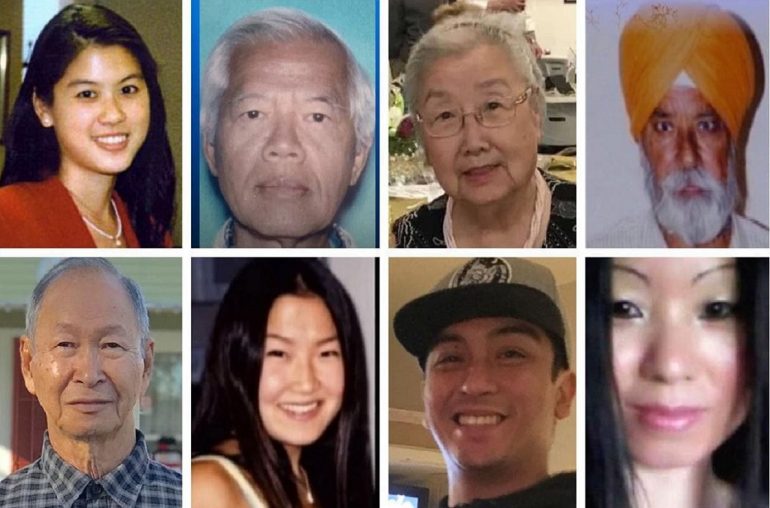 Apparently, Asians aren’t allowed to grieve or express their frustrations toward members of the black community who disproportionately attack Asians. When a small percentage of Asians resort to racist insults on social media—black people immediately start commenting, “So this is how you guys think, gotcha—you racist Asians.”

Asian Dawn often receives messages like: “Reading all your followers’ racist comments. Thank you, Asian Dawn, for showing us how truly racist Asians are.”

Critical thinking skills are lacking because at our peak, when we voluntarily decided to shut down our main account for several months, we had 40K followers. The Shade Room has 23.6 million followers, The Savoy Show has 384,000 followers and those pages go wild when an Asian (very rarely) wrongs an African-American. So, if anything, “Thank you Shade Room and Savoy Show, for showing us how truly racist African-Americans are.”

Where are we getting Black-on-Asian violence is 280x greater?

In 2018, there were 182,230 reports of Asians being victims of violent crime. The race of the offenders against Asians is as follows: 24% White and 28% Black. With that said, the U.S. population is 62% Caucasian, so you would think Caucasians would be committing more violent crimes against Asians. The black population is 12%, Hispanics are 17%, and Asians are 6% of the U.S. population. This report was released in late 2019.

How many of you are sick of hearing, “What about Latasha Harlins!?” The problem with that argument is that we can show literally thousands of cases of African-Americans murdering Asians in the past 25 years, documented, proven cases. It’s not even close.

Her Name was Yoko Cullen: She Was Carjacked and Burned Alive in Her Own Trunk

What about their lives? Are you bringing up Latasha Harlins because you’re trying to justify an Asian’s death or are you saying her life is worth more than all the Asian lives lost in the last 25 years?

If your goal was to say we harm more black people, the picture below destroys your argument. Almost everyone in the portrait below was murdered by an African-American.

The African-American community likes to grab onto a handful of cases where Asians were the perpetrators and use those cases as some kind of justification for the lopsided amount of violence the black community is inflicting on our community.

The fact the black community keeps bringing up the same names while Asians are unfortunately memorizing new names of our fallen brothers and sisters every week speaks volumes. But I guess we’re not allowed to be victims. We should just blame “white supremacy,” dumb down our students in colleges, and hand over our success and progress to less-deserving people.