Asian Family Robbed at Gunpoint in Their Own Garage 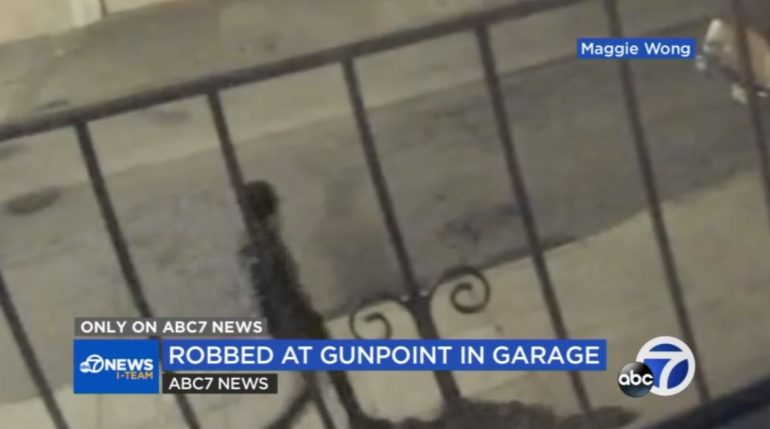 SAN FRANCISCO, California—An Asian family was robbed at gunpoint inside their own garage with two children in the backseat on Saturday night around 9:30 p.m., according to ABC7.

The family had just returned home at 24th Street and Florida Avenue in the Mission from a family dinner. “We just pulled into the driveway,” Maggie Wong told ABC7’s Stephanie Sierra. “It all happened within 50 seconds.”

Maggie stated her husband was asleep in the passenger seat. As she approached the trunk to get her belongings, a young man wearing a surgical mask walked into the garage and pointed a gun at her.

No racial description was given of the suspect. The University of Michigan’s study which outlandishly states more Caucasians are attacking Asians than African-Africans; admitted the racial identity of the suspects were only mentioned in 18 percent of the cases they “observed” from the media

However, not having 82 percent of the data–they still concluded more “White people are Attacking Asians,” much to the delight of the African-American community.

“I freaked out and started shaking,” Wong explained. “He said you must have a wallet, where’s your wallet?”

Wong screamed when the robber pulled out a gun and quickly rummaged through her diaper bag to find her wallet. “I gave it to him as fast as I could,” she told ABC7.

Maggie’s husband, Jason, says he woke up to her scream and saw a gun pointed at his face through the car window. “I opened the door hand him $400 cash because I had just been to the bank,” Jason said, right before the robber also demanded his phone.

Jason tried closing the garage door, which he explains spooked the robber who then ran away.

“It’s so sad this is the San Francisco we are living in,” Wong stated. “Are we just going to continue living in fear?”

The San Francisco Police Department reported 953 robberies across the city since January. Although that’s a 14 percent decrease from 2020, authorities are saying crime is starting to pick back up, reports ABC7.

“We’re seeing robberies happen in heavily populated areas as we come out of this pandemic and the city starts to get more populated,” said SFPD Deputy Chief David Lazar.

“We’re seeing a lot more people here on the weekends and at night there’s more traffic.”

Woketopia continues to culturally enrich the city of San Francisco. This is what the residents voted for and this is what they’re getting. No one ever said cultural enrichment was a positive thing.