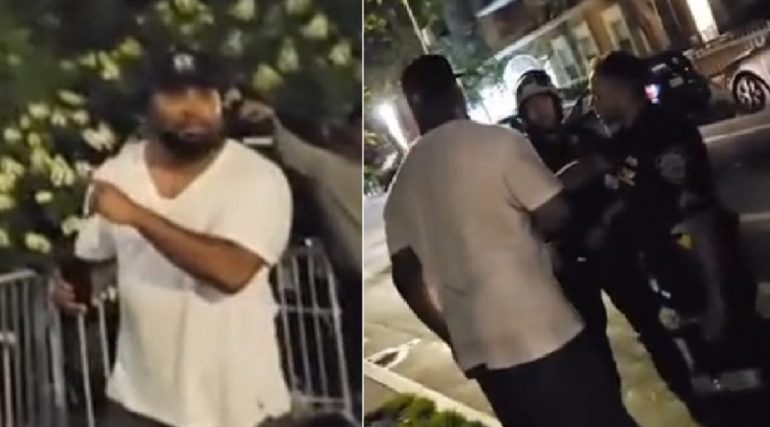 GREENWICH VILLAGE, Manhattan—Washington Square Park has been the sight of huge street parties, which always end up turning violent with glass bottles being thrown at police officers. Many African-American residents argue these protests are a part of their “culture” and argue New York lacks cultural enrichment.

Crime in the 6th Precinct is up 62 percent in the last year, and now drug use and prostitution plague the park, causing the park to shut down on Friday, Saturday, and Sunday nights at 10 p.m., according to ABC7.

Many surrounding residents are praising the shutdown and there are also many who feel “white supremacy” is playing a hand in the shutdown.

Footage has surfaced on Reddit, which shows an African-American male racially insulting an NYPD officer of Asian descent. The black man can be heard screaming obscenities and calling the officer a “ch*nk” multiple times during a minutes-long confrontation.

A Caucasian man on a bicycle can be heard saying, “Sop calling him a ch*nk, that’s messed up!”

However, the African-American man replies by saying black people can’t be racist and he can also be heard saying, “the cops are not our friends.”

Parks maintenance crew clean the park on a daily basis—morning and at night. Employees have found various drug paraphernalia, including hypodermic needles and crack pipes.

“A lot of community residents have expressed concerns. Parks historically have had a closing time. This is an effort to make sure there is real respect for community concerns about noise and safety,” said Mayor Bill de Blasio.