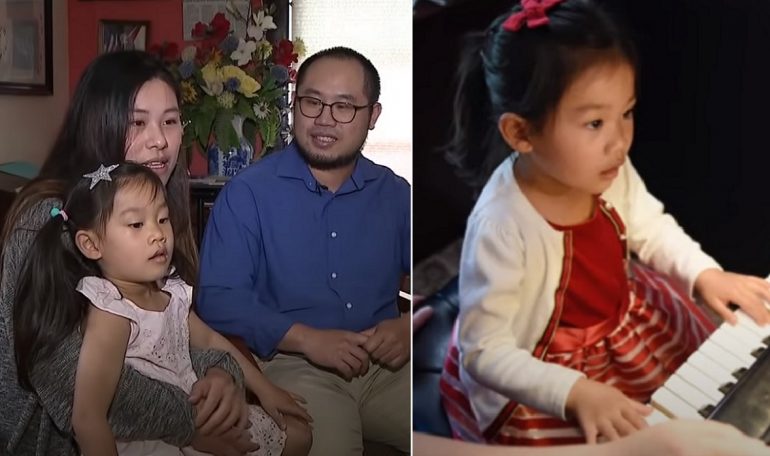 RIDGEFIELD, Connecticut—Little Brigitte Xie, a 3-year-old piano prodigy became the youngest person to ever win a prestigious international music competition, which earned her a performance spot at Carnegie Hall, according to the New York Post.

“We tried to keep her entertained. She started playing a little bit while she was stuck at home during the pandemic. I was surprised at how quickly she got good. I thought it was amazing,” Tao told The Post.

It soon became evident Brigitte had a knack for the instrument and she quickly learned to read sheet music and follow cues, according to her piano teacher, Felicia Feng Zhang.

“She is really exceptional,” Zhang, who teaches in Greenwich, told the station. “She listens so well. When I demonstrate, she really watches what I did and imitates well.”

“I said, ‘Brigitte, do you like a challenge? Would you like to be on stage?’” Zhang said.

It seems Brigitte really did like a challenge. This spring, she was the youngest first-place winner of the Elite International Music Competition—which showcases young pianists, instrumentalists, vocalists, and small chamber ensembles, according to The Post.

The little prodigy’s win allowed her to land a performance slot at Carnegie Hall, as part of the American Protégé International Music Talent Competition, in November.

“The first time I heard her playing a piano piece, I was so deeply moved,” said Brigitte’s mom, Nicole Sun, who also plays the piano.

Brigitte plans on performing to Mozart. We wouldn’t be surprised if it was Serenade No. 13 or even Requiem at this point.