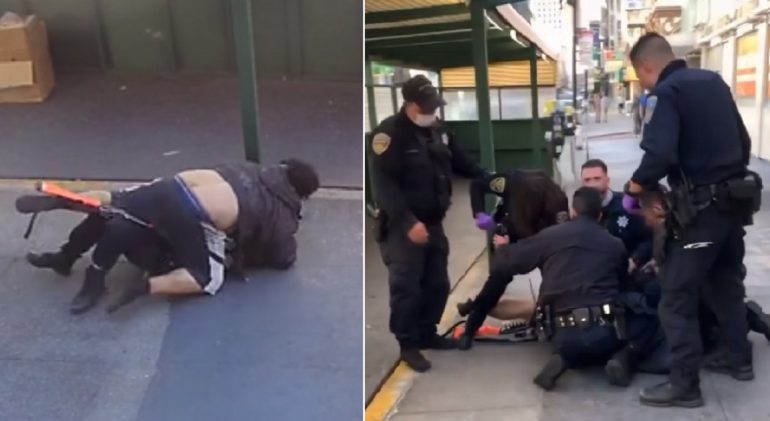 SAN FRANCISCO, California—On Friday, May 28, at the intersection of Kearny and Commercial, near Portsmouth Square, a homeless man was allegedly threatening Asians as they walked by, according to @sfstreets415.

Multiple police officers responded to the scene almost immediately and took the assailant into custody. The female police officer was seriously injured and transported to the local hospital.