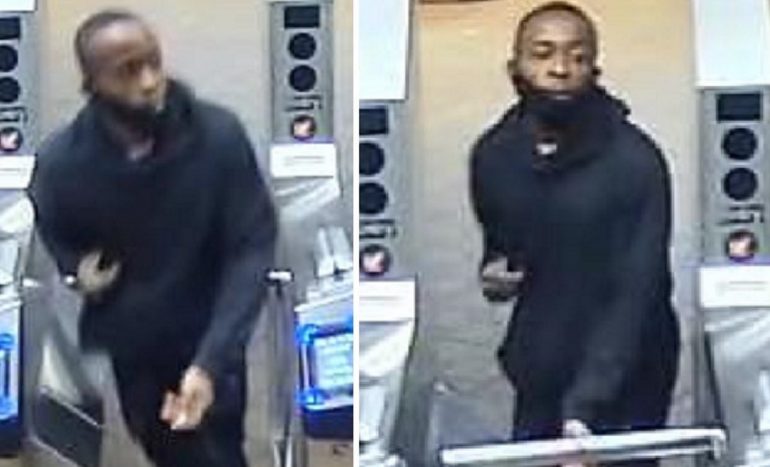 QUEENS, New York—Authorities say a 36-year-old Asian man was pushed onto the subway tracks in front of an oncoming train Monday morning by an African-American male.

The 36-year-old victim was at the 21st Street-Queensbridge F train station around 7:45 a.m. when he was shoved, according to the New York Post.

Thankfully, the train went into emergency mode and did not hit the victim. Good Samaritans pulled the victim to safety.

He was taken to Mount Sinai Medical Center with a cut on his forehead, reports the New York Post. The African-American attacker said something to the victim before shoving him. The victim stated he didn’t quite understand what was said.

The NYPD is currently investigating this as a hate crime.

The suspect is described as an African-American male, between 20 and 30 years old, about 5’11” tall, last seen wearing a mask over his face and a black hooded sweater and black pants.

“There is no higher priority for the MTA than the safety and security of our customers,” MTA spokesman Michael Cortez said in a statement. “Like other transit systems across the country, the MTA has experienced a significant dip in ridership as a result of the pandemic and a spike in crime.”

“We continue to call on the de Blasio Administration to partner with us and do more to address these incidents in the subway and the ongoing mental health crisis in the city,” he continued.