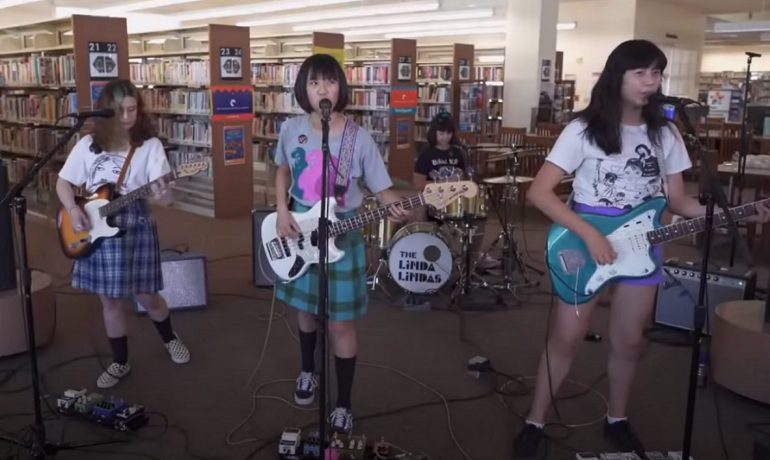 The Los Angeles Public Library started off its AAPI (Asian American Pacific Islanders) Heritage Month on May 4 with a bang with a performance from a Los Angeles band called The Linda Lindas on “TEENtastic Tuesdays.”

However, it wasn’t until this week that their set went viral on social media when the LAPL posted their performance of “Racist Sexist Boy” to its social media accounts, according to Variety. Rage Against the Machine’s Tom Morello proclaiming the “Song of the day!” on Twitter also helped spread the word.

The Linda Lindas consisting of Mila, 10, Eloise, 13, Lucia, 14, and Bela, 16, describe themselves as embodying the spirit of original punk, power pop, and new wave (“but it’s still rock and roll to me”).

The girl band has already played with Best Coast, Money Mark, and L.A. punk legend Alice Bag. They were also handpicked by Bikini Kill to open one of their sets at the Hollywood Palladium in 2019, reports Variety.

The half-Asian and Latin band also wrote and performed an original song for “The Claudia Kishi Club,” a documentary about the power of “The Babysitter’s Club” character Claudia Kishi, one of the few Asian characters in American literature in the 80s and 90s.